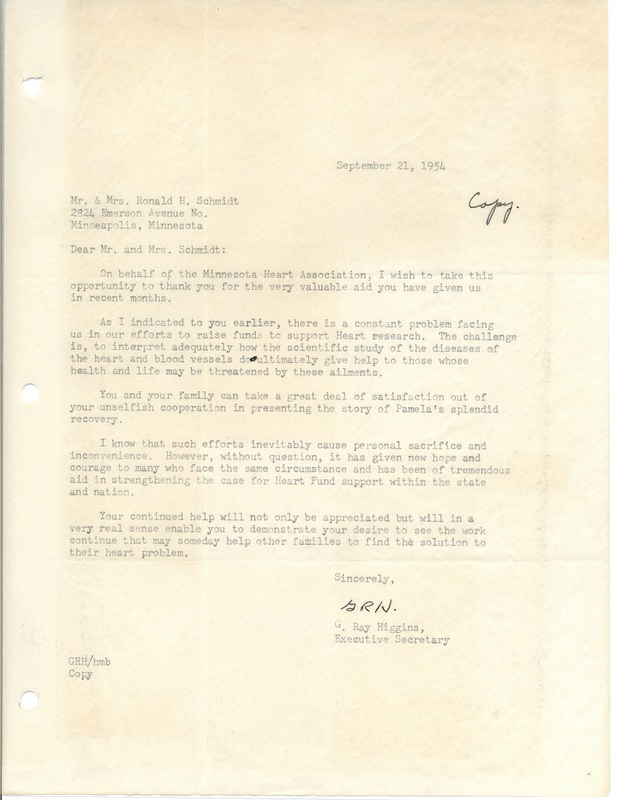 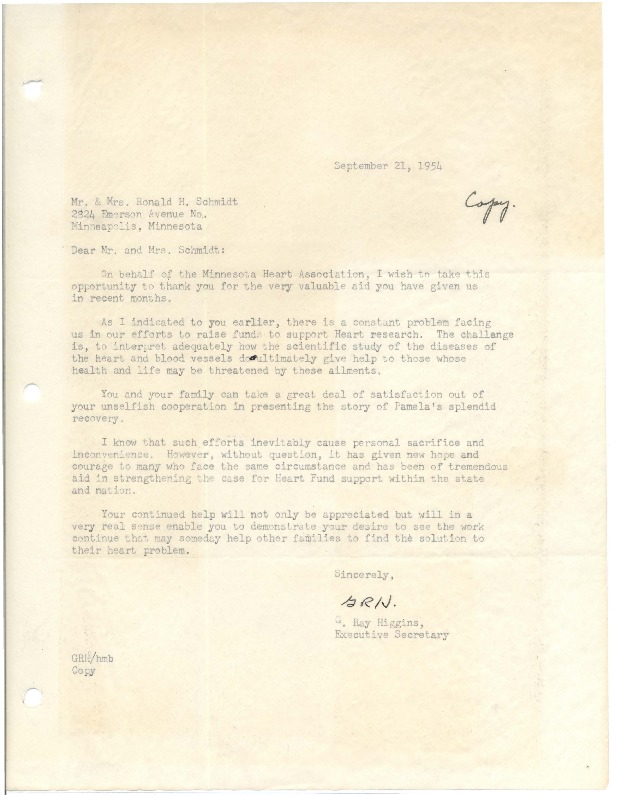 Following the public announcement of the method of controlled cross circulation for open heart surgery on April 30, 1954, Cosmopolitan magazine wrote a feature article that featured Pamela Schmidt, the cured patient introduced at the press conference. The article, titled, "A New Heart For Pamela," appeared in the September 1954 edition of the magazine.

The Schmidts' consented to multiple interviews with the popular press following the announcement of her curative procedure and recovery. G. Ray Higgins, Executive Secretary of the Minnesota Heart Association wrote a letter to the family thanking them for their willingness to share their daughter's story with the public.