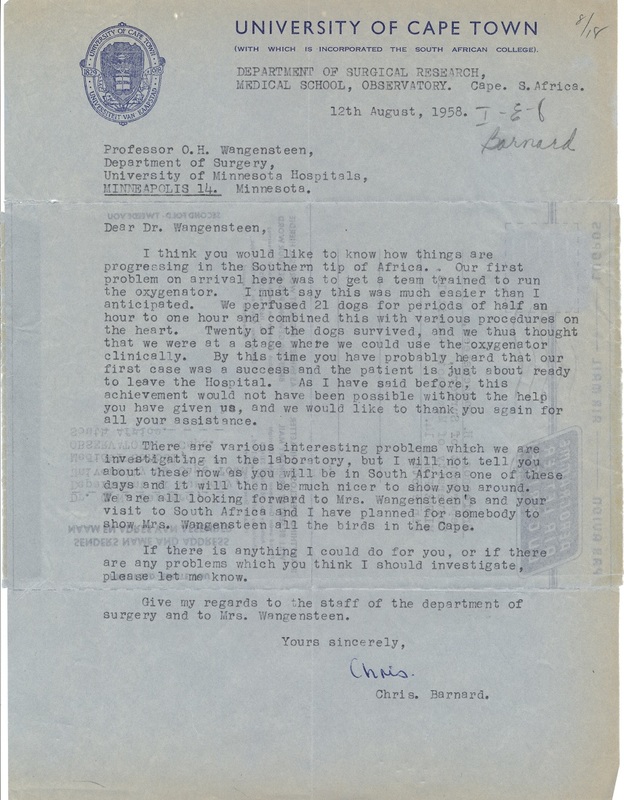 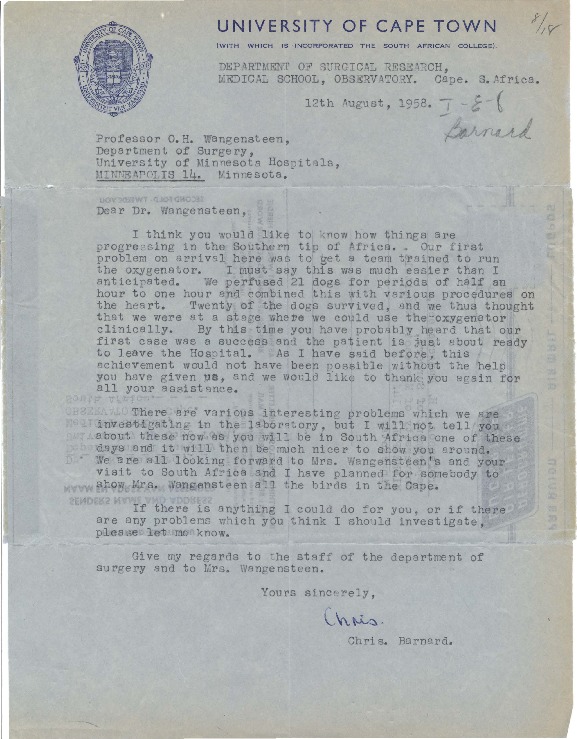 Dr. Christaan Barnard of the Department of Surgery at the University of Capetown in South Africa came to the University of Minnesota as a surgical resident in January of 1956. From 1956-1958 he was trained on the pump oxygenator system for open heart surgery, conducted research on the development of an artificial heart valve for aortic insufficiency, and completed a PhD in surgery. A portion of his study was funded through a grant from the Dazian Foundation. Prior to Barnard's return to the University of Capetown in June of 1958, Chief of Surgery Owen Wangensteen received approval from the U.S. Public Health Service to allocate a sum of money from an existing grant awarded to his department towards the purchase of equipment and apparatus used in performing open heart surgeries for Barnard to take back to South Africa. Barnard performed the first successful open heart surgery in South Africa in August of 1958. He later became well-known for performing the first successful heart transplantation in the world in December of 1967.