Correspondence, Laurence Lunden to Clarence Dennis regarding reimbursement for apparatus used for the heart-lung research project 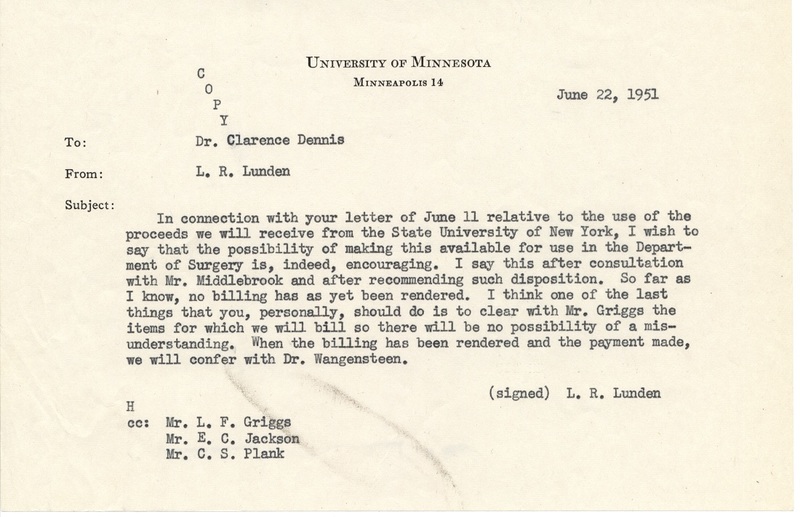 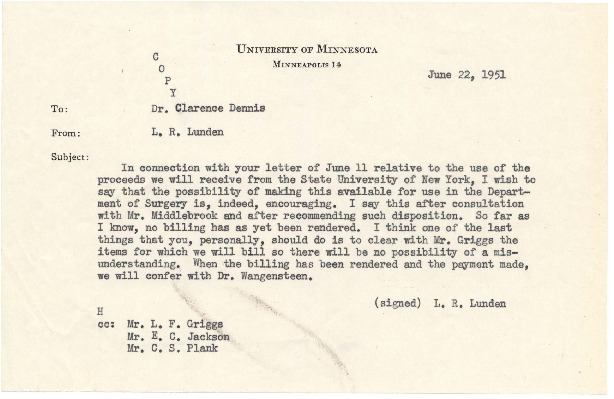 Correspondence, Laurence Lunden to Clarence Dennis regarding reimbursement for apparatus used for the heart-lung research project

From 1947-1951 Clarence Dennis, professor of surgery, received funding from the Graduate School, National Institutes of Health, and the U.S. Public Health Service to support his research in the development of a heart and lung machine for open heart surgery.

A reimbursement of over $5,000 was made to the Department of Surgery. In a June 11, 1951 letter to the University Comptroller, Laurence Lunden, Dennis gave reason for this arrangement:

"The justification for this request appears to me to be that both I and the project represent a part of the Department of Surgery and that both have developed under Dr. Wangensteen's guidance and as a part of his department and that therefore anything I could do to help him to pass on such stimulus and guidance to other men in his department, I should make every effort to do."