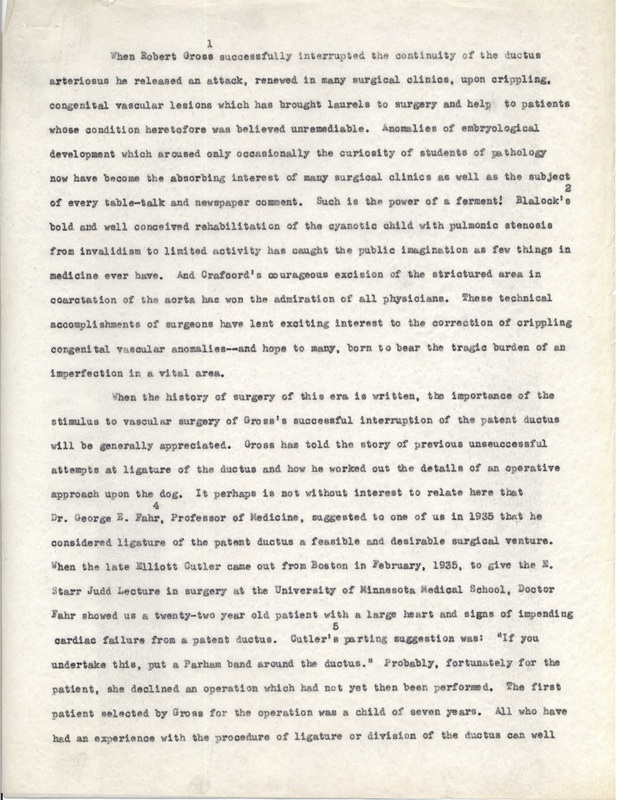 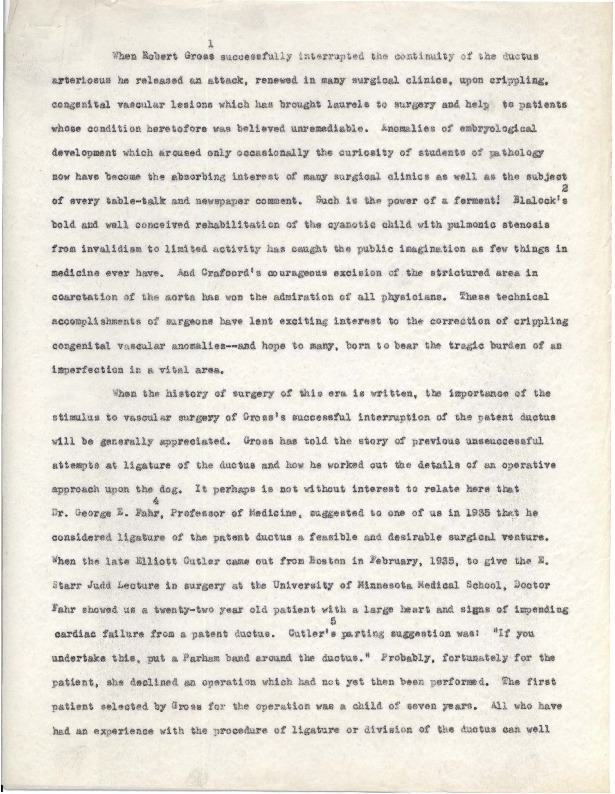 In 1938, at Children’s Hospital in Boston, Massachusetts, Robert Gross performed the first successful repair of a patent ductus arteriosus (PDA) - a congenital condition in which an important blood vessel in the heart fails to close after birth resulting in an incorrect exchange of blood.

By the following year, 1939, Owen H. Wangensteen, Chief of the Department of Surgery at the University of Minnesota, was using Gross' method to repair this congenital heart defect in patients at the University of Minnesota. This is a draft of an article that was published in Surgery, Gynecology, and Obstetrics, former title of the Journal of the American College of Surgeons, in January of 1949 in which Wangensteen and professors of surgery Richard L. Varco and Ivan D. Baronofsky reported their development of procedures to repair PDA and their experience with 69 cases.