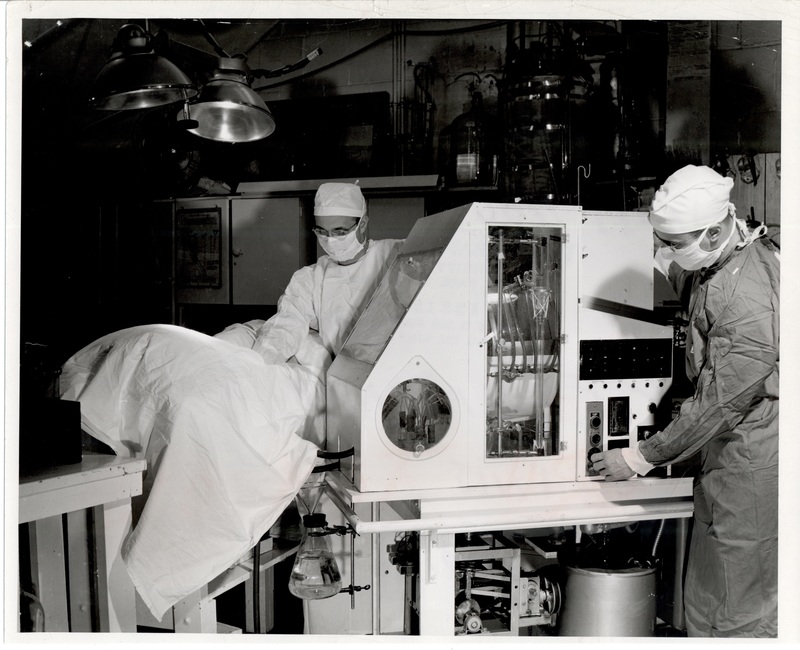 Drs. Clarence Dennis and W. Harris demonstrating the operation of a heart-lung machine

Clarence Dennis’ pump oxygenator consisted of a mechanical pump that directed deoxygenated blood collected from the heart through a vein into a chamber that contained a system of jets.  The jets filmed the blood over multiple rotating discs which resulted in an exchange of oxygen and carbon dioxide.  After the oxygenated blood dripped from the discs it was then carried back to the body through tubing that was adjoined by a catheter to a main artery.

On April 5, 1951, Dennis used the machine to operate on a six-year-old girl with an atrial septal defect, a hole between the two upper chambers of her heart.  The operation was the first clinical use of a heart-lung machine to bypass circulation during surgery on the open heart.  During the procedure, Dennis learned that the defect was more complex than anticipated and the patient expired on the operating table.  Dennis attempted one more clinical case with the machine, but the patient experienced an air embolism which resulted in death.