Starting in July of 1956, the University of Minnesota was the recipient of an annual Cardiovascular Training Grant from the National Institutes of Health.  The grant funded a fellowship program of 5 to 7 years in length which provided cardiovascular training that lead to candidacy for an M.S. or Ph.D. in surgery.  Within one decade, from 1956-1966, 43 residencies were created by the grant.  An additional 53 individuals, supported by independent foundations or funds from their home institutions, received the benefits of the training program as well.  In addition to completing laboratory research, participants joined program co-directors C. Walton Lillehei and Richard Varco in clinical practice, where they learned to perform the methods developed for open heart surgery.

Those that received training at the University during this period went on to become leading cardiovascular surgeons and many established some of the first intracardiac surgical programs at institutions worldwide.  Most notable was Christiaan Barnard who completed a surgical residency at the University from 1956-1958. After completing his PhD, Barnard returned to his home country of South Africa where he performed that country’s first open heart surgery in 1958.  Barnard later performed the first successful heart transplant in the world on December 3, 1967. 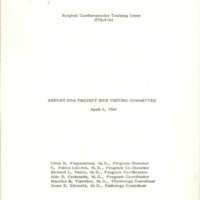 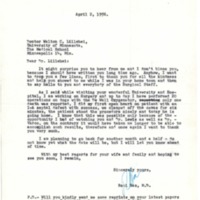 Correspondence, Dr. Paul Baz to C. Walton Lillehei, thanks and report of progress of surgery in Mexico 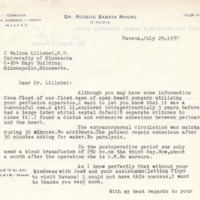 Correspondence, Dr. Rogelio Barata Rivero to C. Walton Lillehei, thanks and report of his first case in Cuba 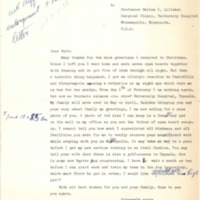 Correspondence, Viking Bjork to C. Walton Lillehei, report on progress of surgery in Sweden and request for photograph 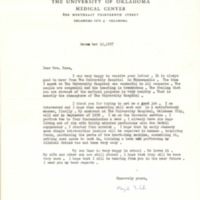 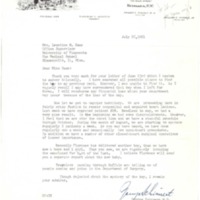 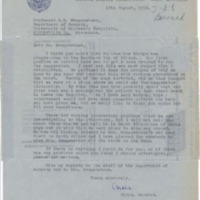 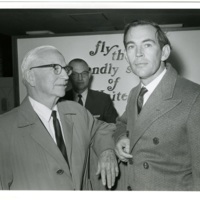