An unintentional side effect of the repair of congenital heart defects is the development of a condition known as complete heart block.  During the repair of complicated defects and lesions, sutures placed upon the heart tissue can disrupt part of the electrical stimulus that causes the heart to pump and circulate blood to the body.  Patients with complete heart block can experience fainting, fatigue, shortness of breath, and chest pain.

Between September of 1954 and August of 1955, seven patients developed heart block after operation.  To treat this condition, drugs known to increase heart rate, such as epinephrine and atropine were administered without success.  All seven patients died within six days of their operations.

During this period, an external pacing method developed by Paul Zoll at Beth Israel Hospital in Boston in 1952 was also utilized. The external pacemaker unit was comprised of a tabletop device that derived its power from an AC power outlet.  The unit was connected by wire to an electrode placed directly over the heart on the skin of a patient. An electric charge of between 50-150 volts was delivered, which was intended to pace the patient’s heart at a normal rhythm.  The external pacemaker was used on several patients to treat heart block, but was quickly abandoned as the high voltage shocks frightened the patients and irritating skin ulcers often formed at the site of the electrode. 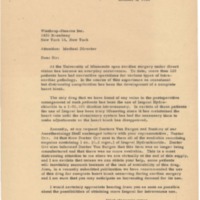 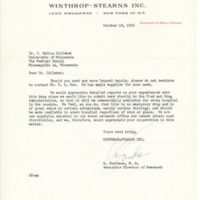 Correspondence, A. Scribner of Winthrop-Stearns Inc. to C. Walton Lillehei regarding Isuprel 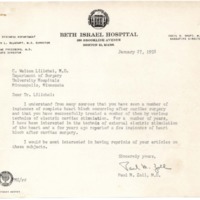 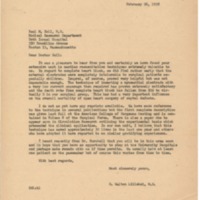