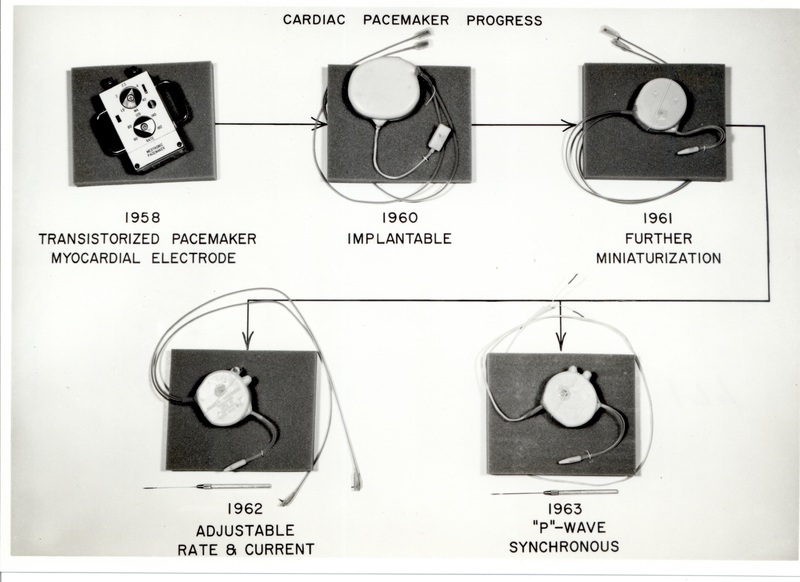 In 1958 at Veterans Administration Hospital in Buffalo, New York, surgeon William Chardack and electrical engineer Wilson Greatbatch began designing the circuitry for an implantable pacemaker.  After two years of research, in June of 1960, Chardack implanted a pacemaker device into a 77-year-old patient.  The patient lived for another 2 ½ years.

Chardack and Greatbatch licensed their device to Medtronic, Inc., which manufactured the “Chardack-Greatbatch implantable pulse generator” and brought it to the commercial market.  By the end of the 1960s, the implantable pacemaker was universally accepted for the treatment of heart block and other ailments that resulted from a weakened heart rate. 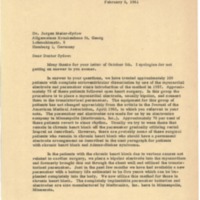 Correspondence, C. Walton Lillehei to Jurgen Meier-Sydow regarding the development of pacemaker technology and use 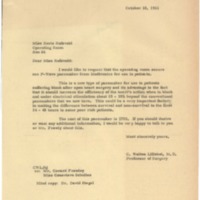 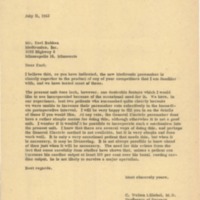 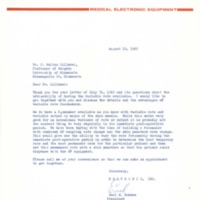 Correspondence, Earl Bakken to C. Walton Lillehei regarding a pacemaker with a variable rate