The electrode, wire, and pacemaker connection was intentionally invented as a temporary treatment.  For most patients with heart block, normal beat was restored by pacing in a matter of a few days, or at most, a few weeks.  Long-term pacing was troublesome as the fragile wire could break, scar tissue developed at the site where the wire was inserted, and the open wound on the chest was at risk for infection.

In 1958, Dr. Samuel Hunter, a St. Paul surgeon who completed his residency at the University, and Norman Roth, an engineer at Medtronic, collaborated to develop an improved electrode that could assist in pacing patients indefinitely.  For adults who suffered from acquired chronic heart block or fainting spells known as Stokes-Adams attacks, long-term pacing became an effective form of treatment.

In April of 1959, Hunter stitched a Hunter-Roth electrode, which was marketed by Medtronic, onto the heart of a 72-year-old-man who suffered from chronic heart block. The man lived for another six years connected by wire to a battery-operated pacemaker, with Hunter visiting him weekly to clean his chest wound to prevent infection.

The University Medical Center later adopted the use of the Hunter-Roth electrode and pacemaker to treat adult patients with acquired heart ailments. 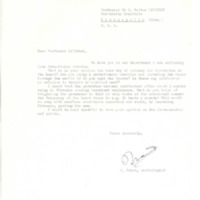 Correspondence, J. Krant to C. Walton Lillehei regarding Stokes-Adams attacks and use of pacemaker for treatment 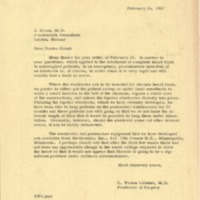 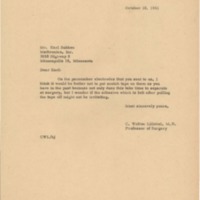