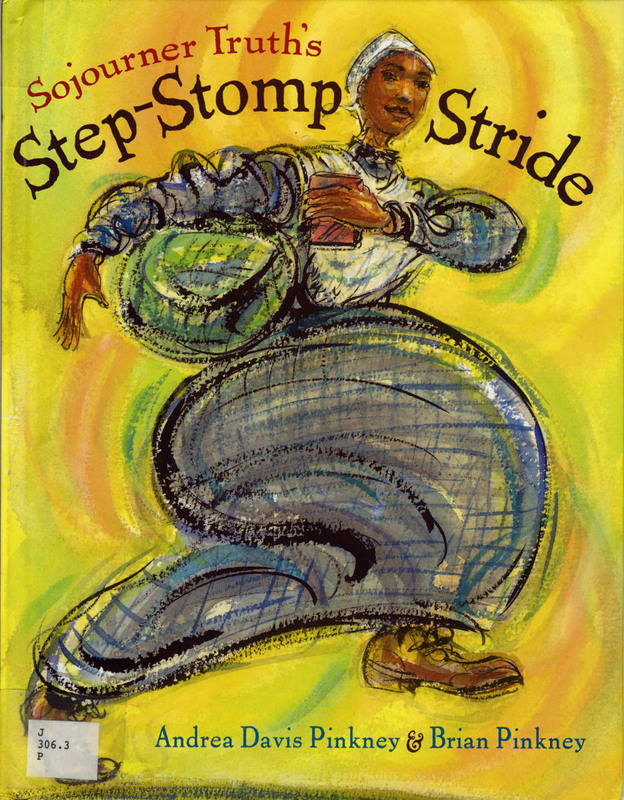 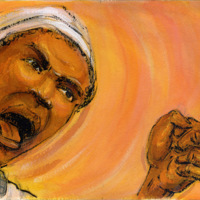 There are many fine biographies about freedom fighter Sojourner Truth. We looked upon the creation of this book as an opportunity to show Sojourner in a new way —to celebrate her monumental size and how this impacted her influence in moving the cause for equality forward.

The book’s opening narrative—SHE was big. SHE was black. SHE was SO beautiful― sets the tone.

Sojourner Truth was six-feet tall, with big feet.  Her towering young “size twelves” metaphorically stomped out injustice: “Freedom meant putting her foot down for what she knew was right. . . She gave her slave name the boot, and called herself Sojourner Truth.”

Sojourner’s Ain’t I a Woman? speech is punctuated by her fists’ repeated “Bam! Bam! Bam!”

Watercolors, in washes of ochre and slate blue contoured in inky black, utilize a dry-brush technique to depicting Truth’s hardscrabble youth and unyielding commitment to justice.