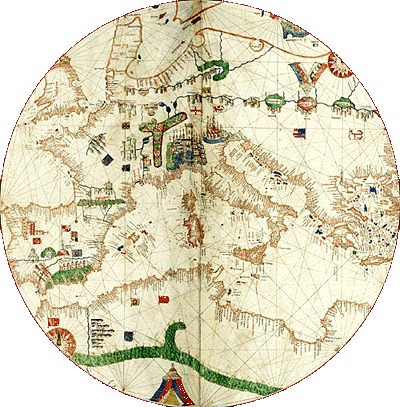 In its construction, the 1489 Canepa portolan chart has a rhumb network involving two circles.

The first is nearly 25 inches in diameter, the second larger, about 35 inches, enclosing the smaller circle. Both circles have the same central point.

The larger circle appears only on the eastern portion of the map (eastern Africa, the Near East, and northern Europe) and the western area, where a row of islands appears north/south in the Atlantic Ocean along the western side of the portolan chart. 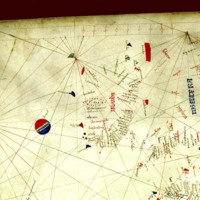 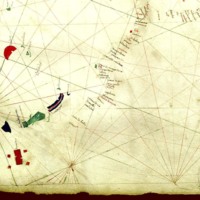 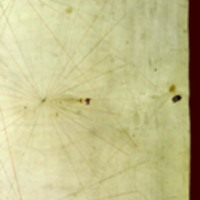 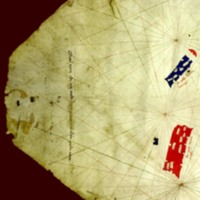 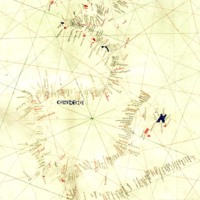