Unsolved Mysteries of the Portolans 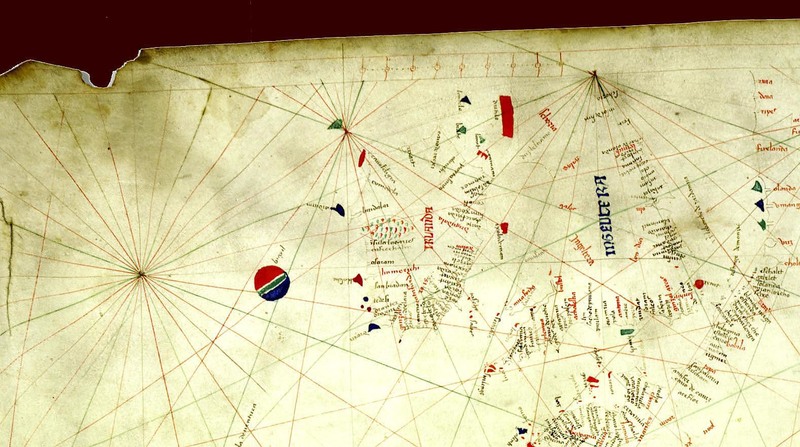 The Grid: Rhumbs first or last?

The question of when the grid was placed on the map is an important one, critical to visualizing the way the map was made and used.

If the grid was added after the chart was drawn, the rhumb lines could be used for navigation, but would not have any function in drafting the portolan chart itself.

If the grid was put on the map first, then it could be used in copying one chart to the next, as well as in navigation.

← Elements of a Portolan
How Were Copies Made? →
Unsolved Mysteries of the Portolans