English Mercantilism and the Anglo-Dutch Wars 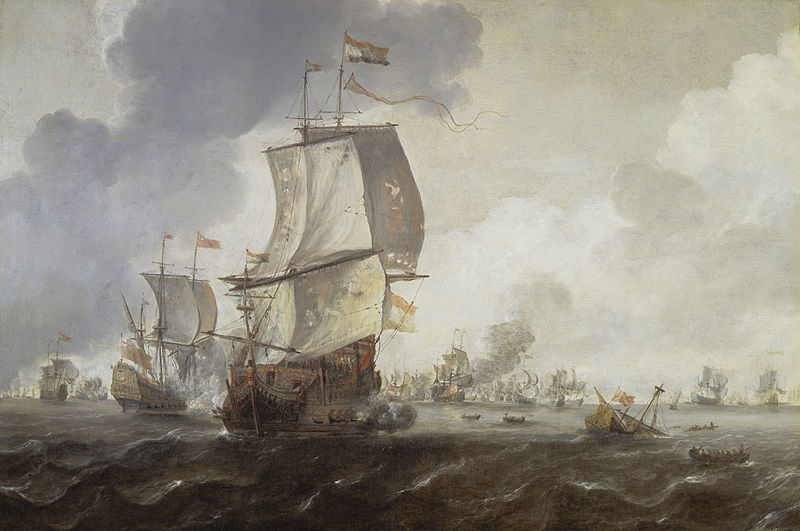 Perhaps the most dominant threat to England’s mercantile pursuits in the 17th century came from their rivals in the north, the Dutch. However the rivalry stirred inspiration in the English, who certainly took note of the Dutch’s mercantile strategies, including commercial expansion and overseas colonies, and noting their successes, followed in their footsteps and adopted many of the same strategies in an effort to advance their own economy to overtake the Dutch in the mercantilist pursuit of global dominance.

Despite English efforts, Dutch superiority in trade was notable in almost all respects, from financial security to higher quality of manufactures. One of the more historically famous efforts from the English to level the playing field gave way to the Navigation acts, intended to eradicate the trade connections that had developed between the Dutch and the English Colonies while England was distracted by her own civil war (1642-1651). While recent scholarship debates the influence of the Navigation acts in leading towards the American Revolution, it is more than evident the role they played in precipitating the three Anglo-Dutch wars that erupted between 1652-1674

Following the events of the Glorious Revolution, English and Dutch relations took a marked turn. With William III, a Dutchman, and his wife Mary, the daughter of James II, now sharing the throne, the Dutch and English entered a new era of alliance. Just a few short months after the end of the Revolution, England went to war with the United Provinces again, but this time as her ally against Louis XIV and France in what became known as the Nine Years War.