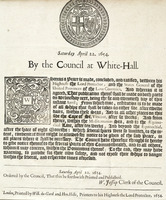 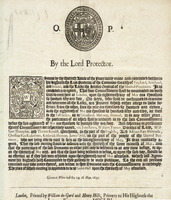 Several factors precipitated the first Anglo-Dutch war of the 17th century, many of them economic. In 1650 the English Parliament, seeking to revive its rather dormant maritime trade and reassert its dominance over the colonies that it had lost during the English Civil War, passed an act forbidding its colonies from trade with the Dutch, and in 1651, the first Navigation act was passed. While mild diplomatic efforts were made on both sides to alleviate the tensions this act stirred, by 1652 the war was in full effect.

While the Dutch certainly had the larger navy in numbers, it became evident that the quality of England’s naval power was superior. With Oliver Cromwell recently appointed as Lord Protectorate of the English Commonwealth, the war ended with English supremacy in 1654 on what have been marked as rather gracious terms for the Dutch.  Under the Treaty of Westminster, the Navigation act remained in effect, unedited, though other requests that the English had initially upheld throughout the war were modified or dropped entirely.

The Treaty of Westminster

Both of these broadsides are in regards to details of the Treaty of Westminster, signed in 1654. The first, signed April 22, 1654, declares that peace has been made, concluded and ratified, and calls for the restitution of ships that were taken on both sides.

The second, signed May 24, 1654, is an announcement of a change of date to a coming meeting, as outlined within the treaty, to be soon held in London to discuss and determine the losses and casualties of the recently concluded war.