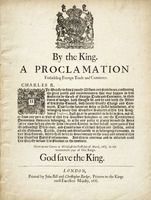 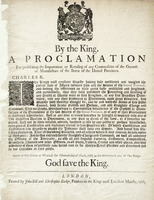 Like the first Anglo-Dutch war, rivalries stemming from issues of trade and commerce contributed as one of main factors leading into the Second Anglo-Dutch war of the 17th century; However, the tensions that arose between the signing of the Treaty of Westminster in 1654 and the time Charles II officially declared war in 1665 did so for a wide number of reasons. From the viewpoint of the English, the Dutch were making a disconcerting economic recovery following their depression that came in the wake of the first Anglo-Dutch war, while England’s economy was still struggling to recover from their own depression leftover from the reign of Oliver Cromwell as Lord Protector. The Dutch East India Company refused to hand over Pulo Run to the English as commissioned, which became a source of heavy resentment from the English East India Company, and Dutch distrust towards the English only grew upon hearing news of the marriage of Charles II and the Portuguese princess Catherine of Braganza.

Turmoil in the early 1660’s resulted in Dutch seizure of English Royal African ships, and English seizure of the Dutch colony of New Amsterdam, and by 1665 the two powers were officially at war again. Again, the English navy proved superior, though by a much smaller margin than it had in the previous war. In 1667 the Treaty of Breda was signed, allowing the English to keep New Amsterdam, New Netherland, and Cape Coast castle, all previously held by the Dutch. In exchange the Navigation acts were adjusted so that the Dutch could import into England using their own ships, and the Dutch were allowed to retain Pulo Run.

Foreign Commerce on the Eve of War

By the geographic position of England, Ireland and Scotland, all foreign trade necessarily required heading out to sea, as did most wars with foreign enemies. These broadsides represent a common precaution taken during war times in the 17th century by the English, that is, to greatly limit or halt entirely trade with other nations, so as to keep merchant ships from the increasingly precarious waters.

The first broadside was published in March of 1665 on the eve of war, is an example of this, and forbids all foreign trade and commerce until further notice. The second was also published in March of 1665, specifically forbids the importation of Dutch goods, not only into mainland England but into her overseas colonies and dominions as well, which, while this measure certainly served as a precaution to protect English merchants and their ships, it also prevented Dutch merchant ships from approaching English territory and cut off all economic profit that the Dutch normally had with them.