Effects of English Wars and Trade 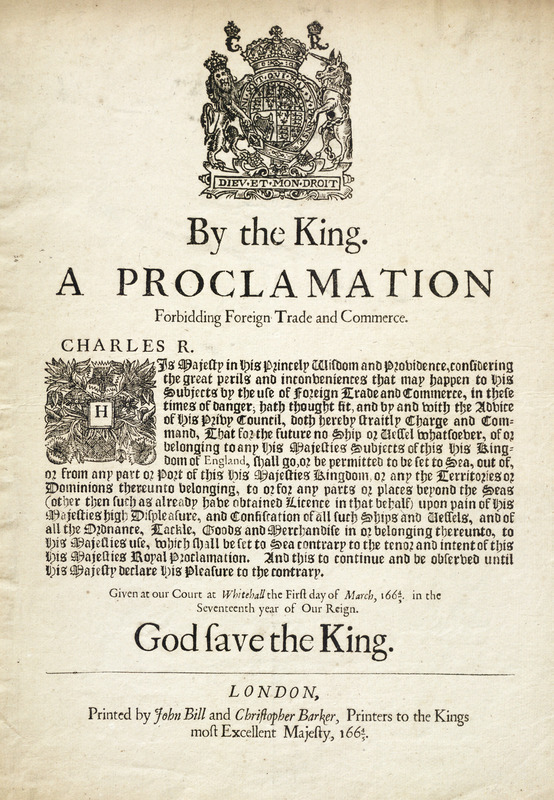 Before the later years of the 1600’s, The English colonies were not as controlled as many other European ones, such as the Spanish or French colonies. The English government still made most of the laws that the colonists had to follow, but because England was involved in so many wars during this time period they could not focus as much attention on the colonists.

This broadside was produced in 1665 under King Charles II. As England was heading into its second war against the Dutch, The English Government forbid all English subjects, in England and in the colonies, from trading with other nations. This would make sure that the Dutch could not bring trade ships into English ports, and would keep English traders who were not involved in the war out of the sea and safe from accidentily encountering warships.