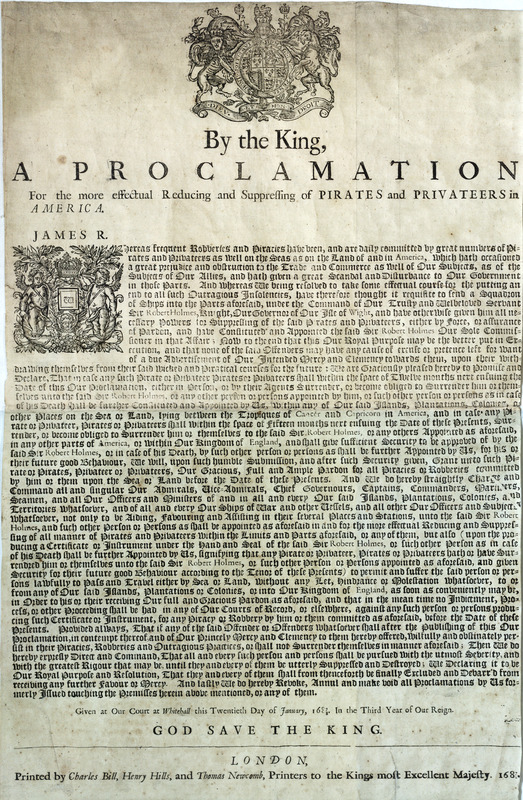 All of the documents in this exhibit are known as  ‘broadsides’. Broadsides were a very common type of print in the 1600’s, and they were only one-sided sheets so that they could be hung up on a wall like a poster. They would be placed in common areas so they could be seen, which made them very useful for the English Government to spread the word of new laws or proclamations to English citizens.

This broadside here was created under King James II in 1688. It was made because too many English trading ships were running into the pirates who sailed the Caribbean, so the English government announced that planned on sending one of its naval officers, Sir Robert Holmes, to the Americas to try and stop these pirates. This broadside would have been hung on walls in England and in the colonies, to let all the English subjects know about this situation, so that they could do whatever they needed to do.