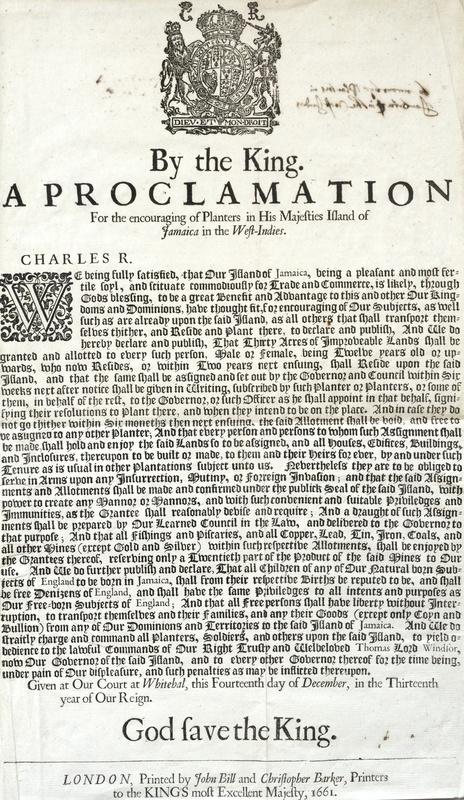 Farmers in early colonial America had very different lifestyles depending on where they lived. A farmer in New England, for example, grew many of the same crops that could be grown in England, and usually only grew enough to live off of and sell to the local craftsman as well because people in England would not buy their crops when they could grow them themselves.

However, a farmer in the Caribbean had a very different life. The crops that could be grown in warm places like Jamaica, such as sugar, could not grow in England, and as a result were very desirable to the English people. These farmers would have to purchase other food from farmers in England or North America, but could earn a large amount of money by selling what they grew as well.

This broadside was made under King Charles II in 1661. It announces to the English people the opportunity to move to Jamaica and become planters. The people that did would soon become very involved in the trade of Jamaican agriculture, as well as the slave trade. Going to Jamaica from England was a dangerous journey, but many people took on the challenge.