Advancing the Nation through Sports

"There are several things which these First National Athletic Games should accomplish. In the first place they will call national attention to physical training and will stimulate interest in it all over China. They will do much to establish uniform standards and events in athletics; they will open an approach to many of the government schools, for we have found that the most ready opening into government schools is through athletics; and they will do much to remove prejudice against Christianity, especially in the minds of young men in that they will cause Christianity to be associated with virile, manly elements."
- Max Exner, Physical Training, 1911

The first major step in working towards international competitions was the refinement and development of local level games into national level competitions. The first National Games were held in conjunction with the National Industrial Exposition in Nanking (Nanjing) took that place in 1910. A prominent Chinese citizen described these games as the greatest athletic meet ever held, "not in record but in significance." Athletes came from all over China, competed in a variety of events, and represented a variety of skill levels. Athletes trained at Chinese YMCAs competed in track and field as well as national tennis, football, and basketball tournaments.

At the end of the event, one hundred and fifty competitors from all parts of China assembled, representing the best athletic material in the empire. They were watched by nearly ten thousand spectators. Zhang Boling, director of the first middle school in Tientsin (Tianjin), a leading educator and a Christian, made a rousing speech in which he pointed out the historic character of the gathering and what it would mean for the advancement of China both culturally and physically. When Zhang proposed a cheer for "Our Country" the crowd as one leapt to their feet, a cloud of caps flew skyward and the windows shivered with the tremendous cheer for China. The betterment of China had been constantly held up as the chief motive for the games, and this was the crest of the wave.* 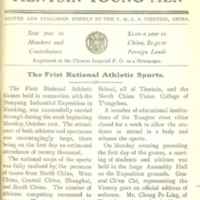 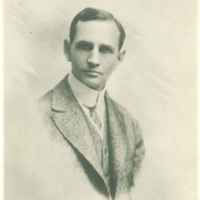 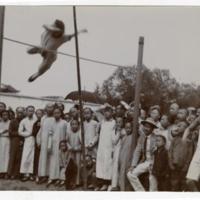 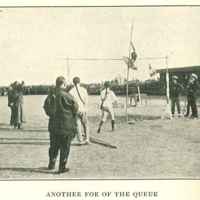 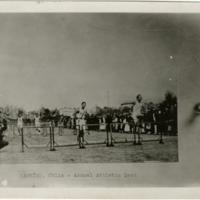 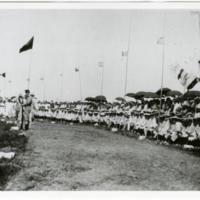