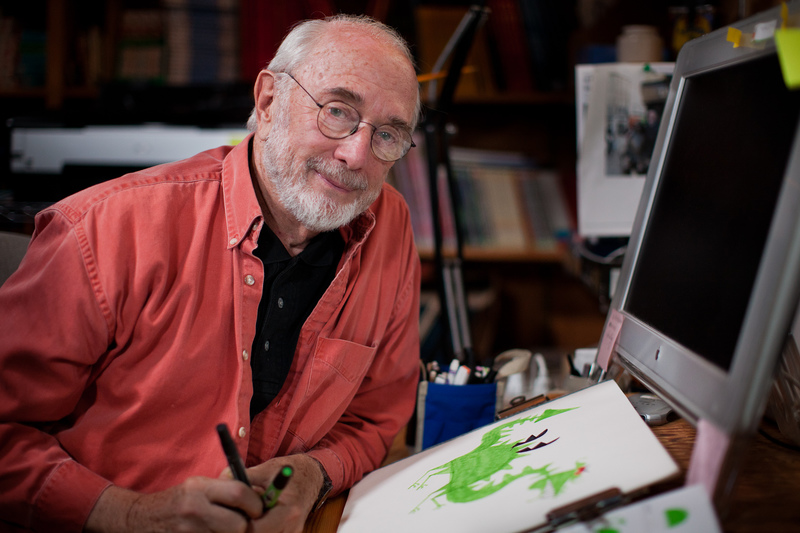 Ed Emberley was born in Malden, Massachusetts. He married Barbara A. Collins and had two children, Michael and Rebecca, all of whom are also artists and illustrators. Emberley studied at the Massachusetts School of Art and the Rhode Island School of Art (Rhode Island School of Design). After becoming interested in children's literature and waiting over five years for a publisher to send him a book, he wrote and published his first book, The Wing on A Flea: A Book About Shapes, on his own in 1961. The critics praised his book, which soon found him working in a variety of styles and techniques. Drummer Hoff, his 1968 Caldecott Medal and Lewis Carroll Shelf Award-winning book, is illustrated in woodcuts with "wildly patterned, wildly colored woodcuts" and bright saturated colors. Emberley's series of drawing books launched a generation of artists including CeCe Bell who credits him with teaching her how to draw.

-Something About the Author, Gale 2014

A profile of the artist on Artsy.net

An exhibit about the artist's work profiled on WBUR

Interview with the artist from Scholastic