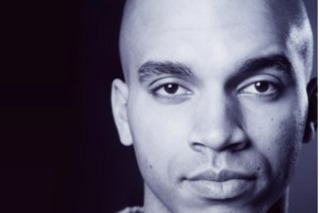 Kadir Nelson, a two-time Caldecott Honor Award winner, was born in in Washington DC and began drawing at the age of three. "I have always been an artist," he says of himself. Nelson recieved his early art training when he was eleven from his uncle Michael Morris, who was an art instructor. He began to experiment with different media under the instruction of his uncle and high school art teacher, eventually settling on oil. Nelson entered his art into competitions and won a scholarship to Pratt University, where he graduated with honors. His work is focused on African-American culture and history.

Nelson has said of his art: "I feel that art's highest function is that of a mirror, reflecting the innermost beauty and divinity of the human spirit; and is most effective when it calls the viewer to remember one's highest self. I choose subject matter that has emotional and spiritual resonance and focuses on the journey of the hero as it relates to the personal and collective stories of people."

Nelson has recieved numerous awards and honors for his work, including the Coretta Scott King Award For Authors given for his book We Are The Ship: The Story of Negro League Baseball in 2009.

The artist speaking at the National Book Festival

A CBS segment of the artist's work from 2020