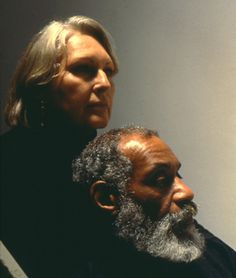 Diane Dillon (Sorber) was born in Glendale, CA. Her parents encouraged her art interests. Her father sent her a box of pastels when he was gone serving in the war; she felt he gave her the tools and permission to become an artist. She attended Los Angeles City College, Skidmore College and the American Institute of Graphic Arts, and the Parsons School of Design, graduating in 1956.

When she met Leo Dillon at Parsons, they began as competitors and then realized they respected each other's talents. When they fell in love, they tried to keep their relationship a secret because interracial couples had been beaten when walking down the street. They have collaborated in creating art work and illustrations ever since their marriage in 1957. Versatility, diversity, research, and integrity have remained characteristics of the Dillons' work. Celebrated for illustrating stories featuring all ethnicities and cultural heritages together, they have received many honors and awards, including two Caldecotts for Why Mosquitoes Buzz in People's Ears and Ashanti to Zulu. Leo Dillon was the first African-American to receive the Caldecott. Coretta Scott King Awards and Honors followed for Aida, Her Stories, Rap A Tap Tap Here's Bojangles-Think of That, and The People Could Fly.

Their son Lee, who is also an artist, began collaborating with them in later years, providing intricate bronze frames that became part of the illustrations for Pish, Posh, Said Hieronymus Bosch and Twenty Thousand Leagues Under the Sea. They view their collaboration as the "third artist," able to achieve things neither individual could alone. Each illustration was passed back and forth between them, one continuing the line of the other, or adding color, which the other embellishes. In the end, neither can say which part of the illustration was his or hers.

Leo Dillon was born in Brooklyn, NY. His parents were from Trinidad. They encouraged his drawing while a family friend became his mentor, giving him criticism and encouragement. After graduation from  New York City's High School of Industrial Design, he served in the U. S. Navy and then went to Parson's School of Design where he met his future wife, Diane. They collaborated until his death in 2012.

A profile of the artists from Tor Publishing

Quotations from the artists in Locus Magazine