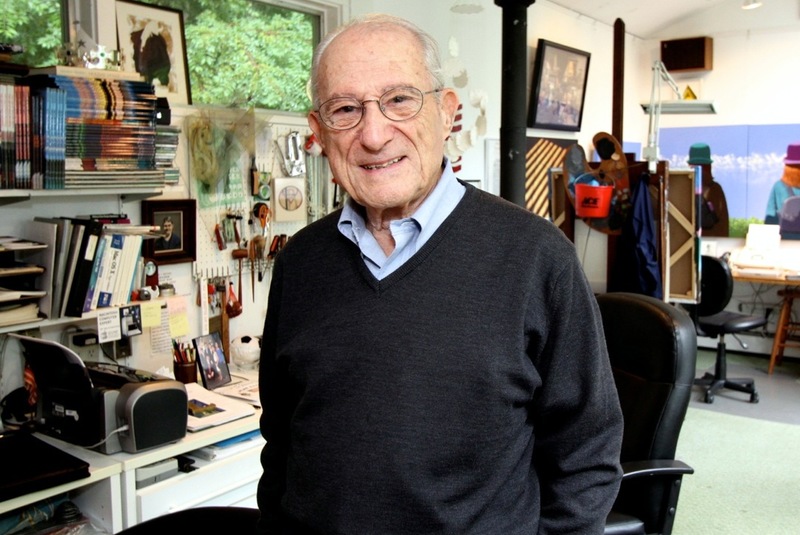 Leonard Everett Fisher was born in the Bronx, New York. Fisher comes from a family of four generations that shared interest in art, but is the first in his family to have become an illustrator. He has credited his mother, who read the encyclopedia to him, and both of his parents who gave him a hall closet to use as an art studio for encouraging him to further his aptitude in painting and design.

Fisher studied at the Art Students League, and graduated from Yale University with a BFA in 1949 and a MFA in 1950. While at Yale, Fisher received  the Joseph Pulitzer scholarship in art in 1950 and the prestigious Winchester Traveling Fellowship, which allowed him to study art as he traveled through Italy.  Fisher's dynamic scratchboard technique helps bring his works alive. He has written and self-illustrated more than eighty children's books. Additionally he has illustrated at least 260 books for other authors. He is best known for his historical books. Fisher received the Kerlan Award in 1991.

A video interview with the artist, from Westport Public Libraries

Special collection of the artists work and correspondence

Publishers Weekly list of books by the author, with reviews