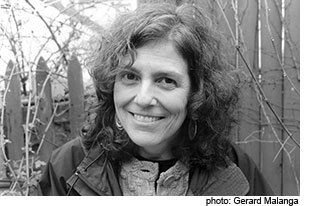 Marisabina Russo grew up in Queens, New York. She knew at an early age that she wanted to be an artist, and her mother and older brothers encouraged her to draw. After graduating from Mount Holyoke College, she began her career selling spots and covers to The New Yorker where she did pen and ink spot drawings for them in the '70s and '80s.

The first book she illustrated was for a cookbook in which her illustrations included squids and broccoli. The first book she authored and illustrated, The Line Up Book, was about her son lining up his toys. She has written and illustrated thirty-two picture books and young adult novels including Little Bird Takes a Bath, which was a Junior Library Guild Selection and Oppenheim Portfolio Platinum Award winner. Other awards include American Library Association Notable Book, Junior Library Guild Selection, and Bank Street Best Books. Her books have been translated into Chinese, Japanese, Korean, French, and Hebrew.

An interview with the artist, with many pictures of their work