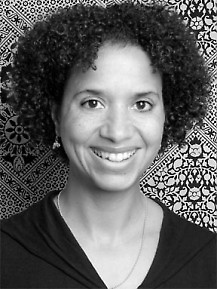 Nina Crews was born in Germany and raised in New York City. She studied art and photography, graduating from Yale in 1985, and then worked in commercial animation production and freelance photo collage illustration. Her parents are Donald Crews and Ann Jonas, both authors and illustrators. It was her father who first encouraged her to do a children’s book. Her friends felt New York City was not a place to raise kids, so Crews wrote One Hot Summer Day , her first children’s book, about the joys of a girl living a wonderful life in New York City. Reviewers remarked that her “camera is as much a painter’s tool as a palette and brush.”

A print interview with the artist about her work

A reading of "One Hot Summer Day"