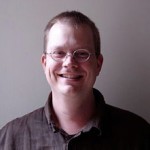 Steve Light was born in Staten Island, New York. When he was in elementary school, his mother gave him manila folders to draw on and his librarian left art books for him as he waited inside for the school bus rather than be out with the bullies. He is working on a book about bullies as a tribute to the librarian. Light studied at Pratt Institute where he met his wife, Christine Cincotta, a teacher and artist. While at Pratt, he also met Dave Passalacqua, who was his mentor for ten years.

Looking at the artisit's technique

A video of the artist working in their studio

A lesson guide to use with the artists work