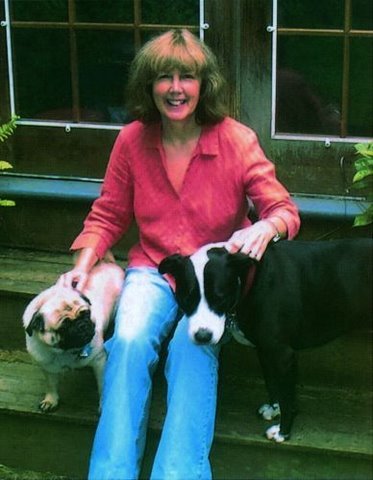 Susan Meddaugh was born in in Montclair, New Jersey, and has resided in Massachusets with the family dogs. She knew she was an artist from a very young age and created stories. "The most fun is figuring out the magic as the story finds you," she says. Meddaugh graduated from Wheaton College, where she studied fine arts. After graduation, she moved to Boston and worked at a publishing company for ten years before setting out on her own as a freelance author and illustrator.

Meddaugh has credited her family for influencing her work. The character of Martha was inspired by her real life dog, also named Martha, after Meddaugh's young son asked what would happen if he fed the dog alphabet soup. She was given the New England Book award in 1988.

A video interview with the artist

A collection of teaching resources based on the artist's work