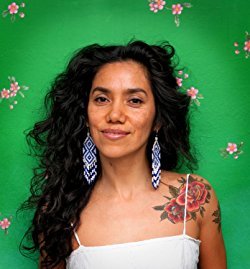 Yuyi Morales (pronounced "ZHOO-zhee") was born in Xalapa, Mexico. Being a competitive swimmer, she studied Physical Education at the University De Xalapa, hoping to become a gym teacher. In 1994, she married Tim O'Meara and moved to San Francisco. When she brought their son to the library, she was amazed at the huge number of book choices in the children's section. She learned English by reading stories to her son. She was inspired when she saw the art in the books, so she bought some paint, took creative writing extension classes at U.C. Berkley and, beginning in 1997, met with an author/illustrator group which stayed together and supported each other for sixteen years. In 2000, she received a Don Freeman Grant and has been illustrating and writing ever since. In recognition of Viva Frida, Morales received the 2015 Caldecott Book Honor. She has received the Pura Belpré Award for illustration five times, including in 2015 for Viva Frida.

Making Viva Frida, a video that shows the artist's process

A Publishers Weekly profile of the artist

A book review of 'Viva Frida!'