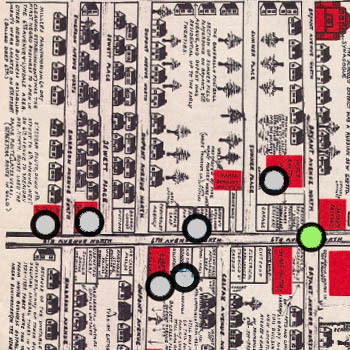 In this interview, Aaron Nathanson (1939 - ) gives an account of his life and some related history of Saint Louis Park, Minnesota. He discusses how he was born in 1939 in North Minneapolis and raised there before studying ophthalmology at the University of Minnesota. Nathanson reflects on growing up Jewish in North Minneapolis, provides information about the neighborhoods racial tensions and demographics, Jewish schooling, his parents moving to Saint Louis Park, Minnesota, residency and military service, and later his relocating to Saint Louis Park and practice of ophthalmology. The interview concludes on the topic of Saint Louis Park Public schools and his connection to the city today.

This interview was conducted by Jeanie Anderson, a volunteer for the Jewish Historical Society of the Upper Midwest. "Urban Exodus: The Saint Louis Park Oral History Project" explores the post-World War II migration of Minneapolis's Jewish community from the city's North Side to the western suburb of Saint Louis Park. The 35 oral history interviews, representing diverse perspectives from within and beyond the Jewish community, tell the complex story of how, from 1945 to 1970, Saint Louis Park became a major center of Jewish life in Minnesota.

Listen to the interview in UMedia.