Other Mapmaking Objects and Resources 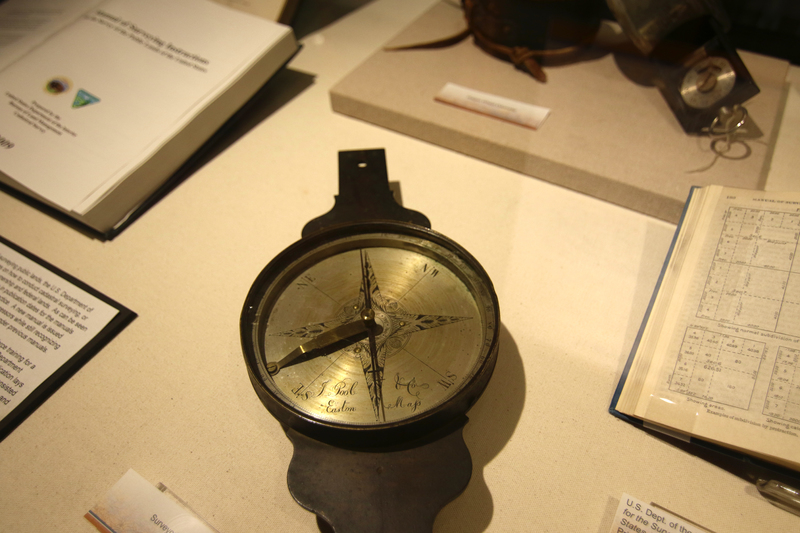 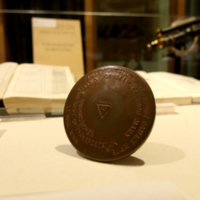 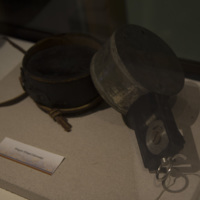 One of the most important objects for a surveyor was the compass (left), which helped them find their way in unfamiliar territory. Survey markers (bottom left) were used to mark important survey points. Survey markers inscribed with a triangle were used for triangulation during the surveying process. The wagon wheel odometer (bottom right) was used during surveying expeditions to determine the distance that the surveying party had traveled in a day.  As the wagon wheel turned, the odometer dial counted revolutions of the wheel which could be converted to distance by multiplying by the measurement of the wheel’s circumference. 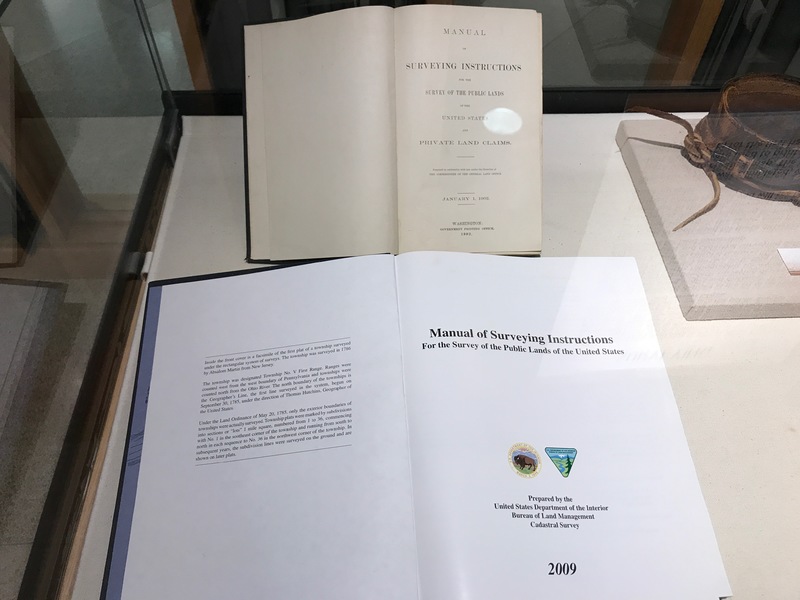 Various editions of the Manual of Surveying Instructions

Throughout its oversight of surveying public lands, the U.S. Department of Interior has provided instructions on how to conduct cadastral surveying, or determining boundaries for land ownership and federal lands.  As can be seen from the more than 100 year difference in publication dates for the manuals above, surveying continues to evolve in practice. A new manual is issued every 25 to 30 years and supersedes its predecessors while still recognizing the historical connection between surveys issued under previous manuals.

After World War II, many U.S. Army soldiers needed workforce training for a civilian life.  Thus, the Armed Forces Institute of the U.S. War Department conducted courses like this one (left) for surveying.  This 1944 publication lays forth an outline for a course on plane and topographic surveying that consisted of 100 hours of course time with a math prerequisite of high school algebra and geometry.