"The battle to claim the title of "first computer" has been intensely contested ever since the U.S. Army lent its publicity muscle to the ENIAC effort in 1946." 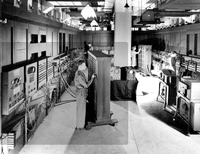 Figure 1.9. Programming ENIAC at the Moore School. The two women working on ENIAC were cropped out for a 1946 army recruiting advertisement, in which only Corporal Irwin Goldstine (foreground) remained after the man in the back was also removed.

For a while, J. Presper Eckert and John Mauchly, respectively an electrical engineer and a professor with a physics Ph.D., held the patent for the supposed first computer ever invented, ENIAC. Mauchly's wife, Mary Mauchly, was one of the women responsible for overseeing the two hundred human computers, mainly women with degrees in mathematics from Penn's Moore School of Electrical Engineering, who were responsible for calculating the trajectories of shells for the U.S. Army's Ballistics Research Laboratory. John Mauchly and Eckert, a recent graduate at the time, devised a way to adapt the "ring counters" that were commonly used by physicists at the time, fashioning what they termed an accumulator. It was a superfast adding unit, and after a few modifications could handle subtraction, multiplication, division, and could even take square roots. Each single decimal number required a bank of 36 vacuum tubes, with ten such banks forming a single "accumulator", and additional tubes required for timing, control, and punch-card reading. In total ENIAC was compromised of 18,000 vacuum tubes, and could complete 350 multiplications in just one second. 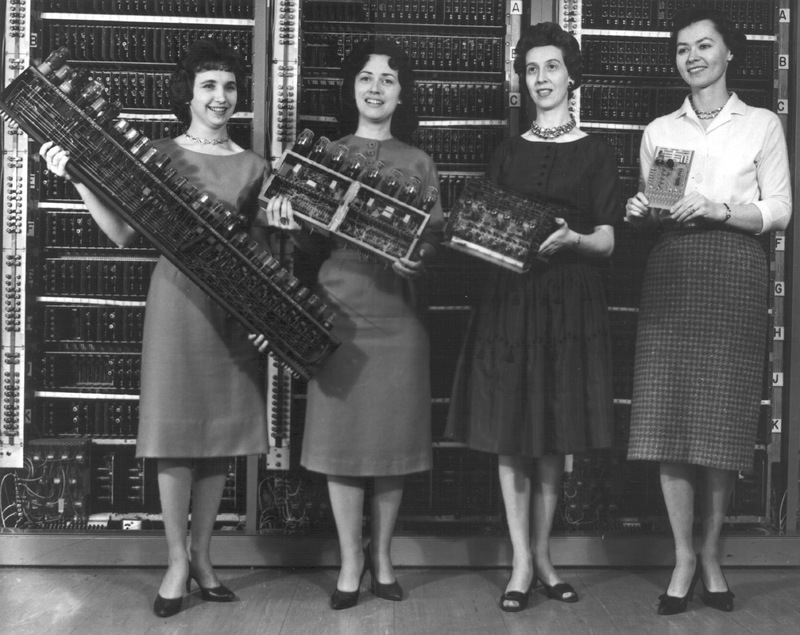 Despite its speed, ENIAC was not "programmable" in the sense that we think of in the present. To make it do useful work, six women were recruited from the army's ranks of human computers. These women were given a stack of circuit diagrams and told how the accumulators should work, then used plug boards and patch cords to connect accumulators in the correct patterns to solve equations put into the machine. ENIAC was publicly unveiled in February 1946, though the patent for ENIAC, claiming among hundreds of other things, to be the first computer, was filed in June 1947, over a year after the public release of the product. At the unveiling were the men who designed it and military men who funded it, but the women- Kathleen McNulty Mauchly Antonelli, Jean Jennings Bartik, Frances Snyder Holberton, Marlyn Wescoff Meltzer, Frances Bilas Spence, and Ruth Lichtermen Teitelbaum- who made it run were notably absent. Eckert and Mauchly left the Moore School shortly after, ostensibly to create commercial successors to ENIAC, but struggled financially until 1950, when they were bought by Remington Rand. 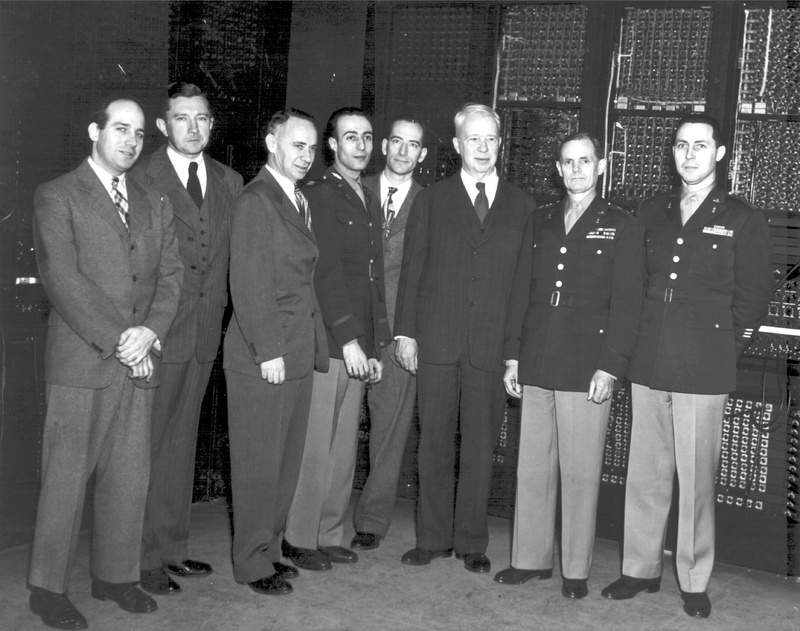 The patent was contested from the start, with various companies filing 11 interferences claiming priority in invention. This gave Eckert and Mauchly plenty of time to refine and expand their patent, until it was 208 pages long and comprised of 148 claims, a very fragile monolith that was easy to exploit. Bell Telephone Laboratories, the research arm of AT&T, had been working on telephone relay-based computation since 1940, when George Stibitz demonstrated his Complex Number Calculator at Dartmouth College. Bell Labs filed at least five patents on Stibitz computing invention between 1941 and 1945, and at least twelve additional patents on varied computing technology inventions between 1944 and 1952. The patent for ENIAC was not filed until 1947, so Bell felt, for good reason, that their computing work had substantial technical precedence over ENIAC, and kept the patent repressed for years. 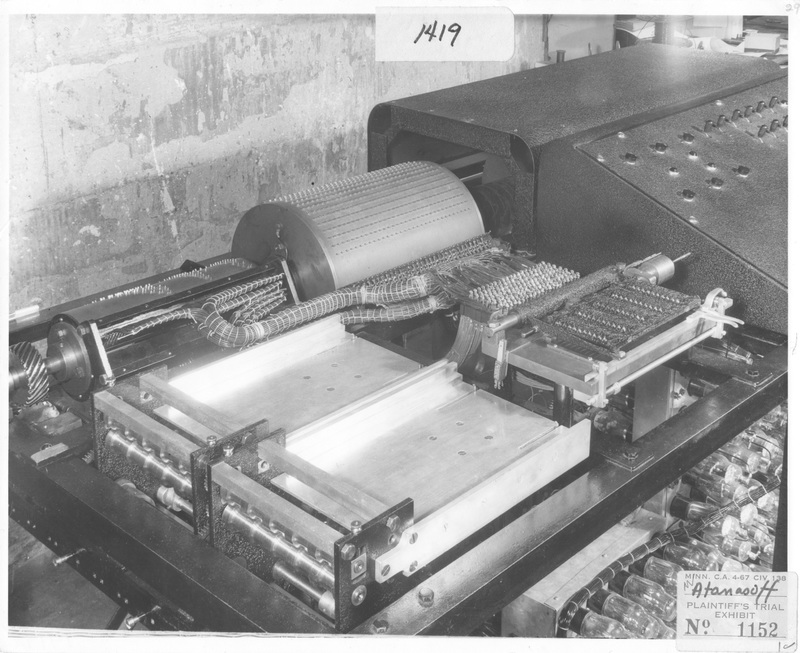 Figure 5.11. Honeywell vs. Sperry Rand exhibit of Atanasoff computer, circa 1940. The computer was abandoned when Atanasoff departed Iowa State University for wartime work in 1942. This photograph, introduced as an official court exhibit, helped persuade Judge Larson to void teh ENIAC patent.

The other major rival for the patent was IBM, who had filed one of the initial interferences and subsequently became involved again when IBM and Sperry Rand filed separate patent infringement suits against each other in 1956. In August of that year, the two settled their dispute with a complex agreement that involved exchanging patent licenses and proposed IBM pay Sperry Rand ENIAC-based royalties of $10 million over 8 years. For Sperry Rand, this meant that if there was no valid ENIAC patent issued by 1964 there would be no payment. Bell and Sperry Rand made an agreement similar to the IBM settlement, to exchange patent licenses and technical information. This removed Bell's longstanding interferences with the ENIAC patent in 1961, cleared the way for the patent to finally be issued in February 1964. Honeywell and Sperry Rand clashed most significantly when the two companies filed separate lawsuits against each other on the same day, mere minutes apart. The battle that ensued consisted of a courtroom trial that, at 135 days, was the longest ever in the federal system, as well as over 30,000 trial exhibits, 6 years of pretrial depositions, and a resulting transcript of over 20,000 pages.