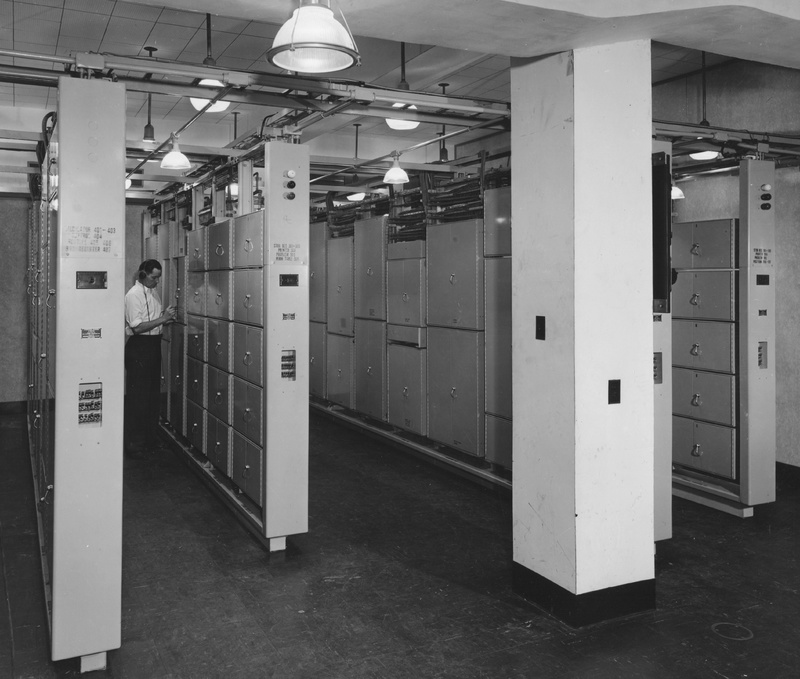 Figure 5.10. Bell relay computer Model V, circa 1947. Bell Laboratories built- and patented- a series of sophisticated relay-based computers between 1940 and 1947. Here is the room-sized installation of a fully programmable Model V. Bell's patent interferences bottled up the ENIAC patent for years.

The research arm of the American Telephone and Telegraph Corporation since 1925, Bell Telephone Laboratories early prominence in the world of digital computing has been largely obscured by later antitrust wariness. Bell Labs employed star researchers such as Claude Shannon and Richard Hamming, who worked with Alan Turing to create information theory. Shannon's 1937 MIT master’s thesis showed the logical equivalence of networks of telephone relays with Boolean algebra statements, an idea expanded by George Stibitz, who saw that networks of telephone relays could be used to solve problems in Boolean algebra, including complex numbers. He built a Complex Number Calculator using over 400 telephone relays for logic and ten telephone crossbar switches for memory. This work proved so important that Bell pursued it even after Stibitz left, and in 1946 and 1947 built two copies of his so-called model V design, immense ENIAC-scale machines weighing ten tons and consisting of 8,900 telephone relays. These were fully programmable computers, including what could be labelled today as an early central processing unit or CPU. Government scrutiny of AT&T's nationwide monopoly in the telephone market, which barred Bell from the commercial computer or electronics market, meant that Bell's efforts in computing were, from the 1950s on, directed exclusively towards military work, like its high-profile work on the Nike family of missile-guidance systems, as well as internal work to automate the phone systems. "In effect, Bell built a huge network of sophisticated stored-program computers to automate the telephone system- known as the ESS series and first installed in 1965- but it never called them "computers" nor ever made them available for commercial sale."  Bell was among the companies to filed patent interferences against the ENIAC, claiming that their work had significant technical precedence. These interferences kept the ENIAC patent bottled up for years, until in September of 1961, when Bell and Sperry Rand made an agreement to exchange patent licenses and technical information. 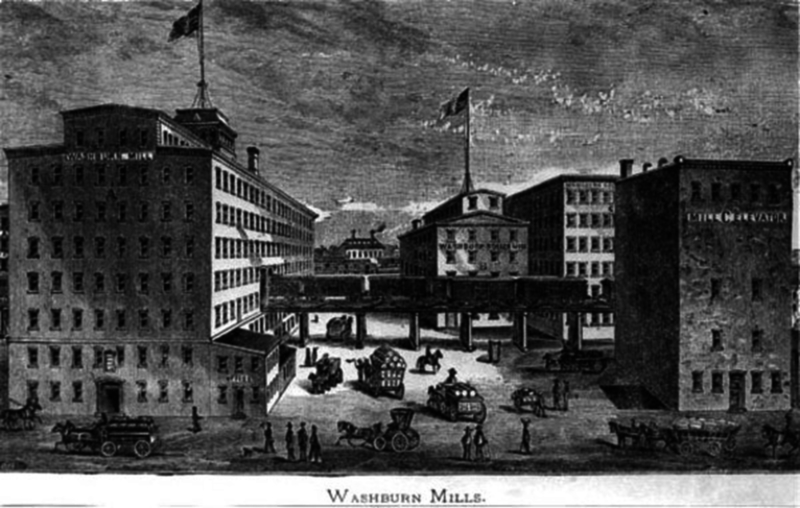 Figure I.1. Washburn-Crosby Mills in Minneapolis (here circa 1879) merged with two dozen other firms to create General Mills in 1928. Today these mills are the site for the Mill City Museum along the Mississippi River. Source: University of Minnesota Archives.

During World War II, the agro-industrial giant General Mills made military electronics, torpedo directors, and bombsights. In the mid-1950s, it established a digital computer laboratory on East Hennepin Avenue, where they collaborated with the University of Minnesota on high-altitude balloon physics. At its manufacturing facilities at 1620 Central Avenue in northeast Minneapolis, they manufactured customized computers for NASA, the army, and various intelligence agencies. General Mills' efforts in the high-tech world were eventually eclipsed by start-ups like Control Data, who sold computer time to General Mills at their data center. 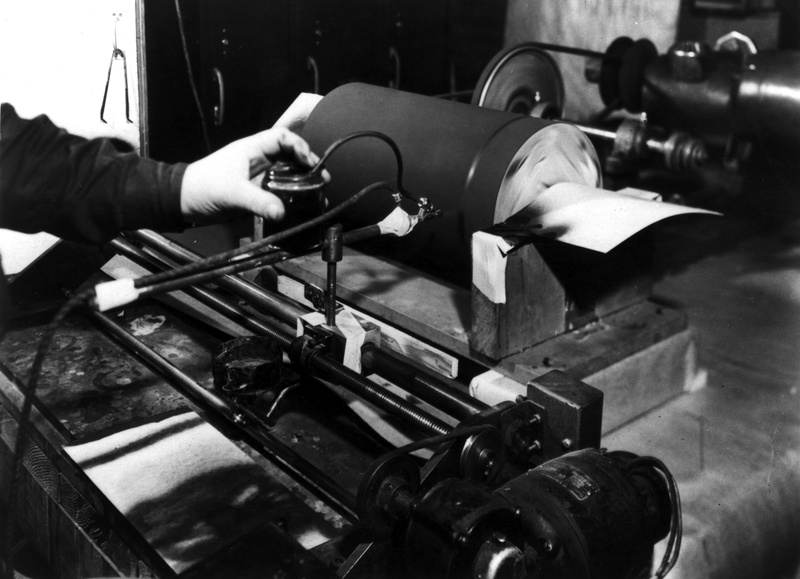 3M had established itself in the manufacturing industry for their sandpapers and industrial adhesives. Perhaps their largest contribution to the rising computer industry was the spray-on magnetic coating that they developed for ERA during the development of the Atlas computer. ERA performed state-of-the-art testing on this magnetic coating that helped 3M to refine and commercialize their products, playing a role in 3M's resulting decades-long global dominance in magnetic tape and magnetic coatings. 3M's contributions to ERA's early efforts point to them being an instance of an "ancillary industry," usefully contributing their expertise to the growing computer field. Along with Honeywell, Sperry Rand, and the state of Minnesota, 3M helped to co-fund the Microelectronics and Information Sciences Center, from which research at the University of Minnesota has benefited handsomely. 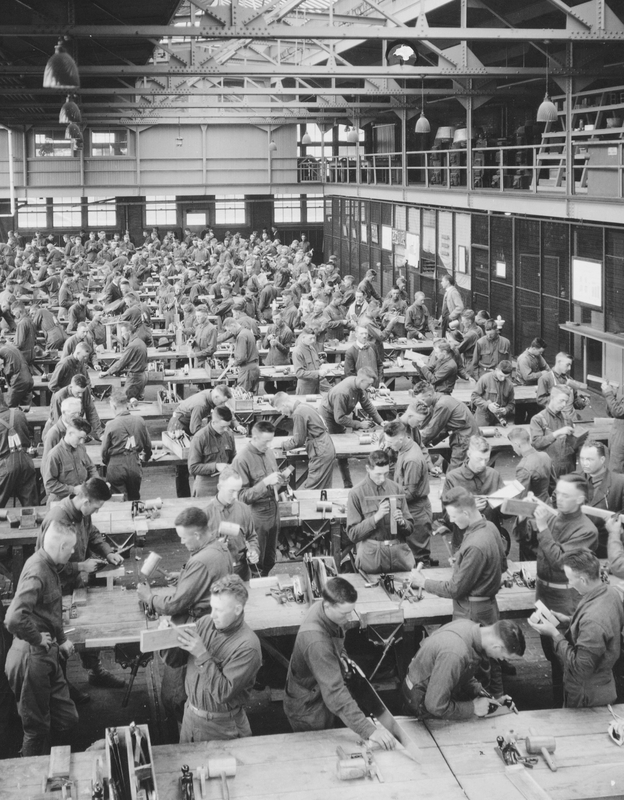 The University of Minnesota has been involved with the technology and computing industries of the state since World War II, when the army built the Gopher Ordnance Works a mere twenty miles south of the Twin Cities and where 3,000 workers made gunpowder for artillery shells. At the same time, the University trained thousands of technical workers for wartime factories. By 1943, fully 40% of the electrical engineering department graduates were working solely for ERA, a full two-fifths of the graduating class. Seymour Cray himself gained a degree in electrical engineering in 1949 and applied mathematics in 1951 from the University of Minnesota, as did ERA research director and part of the task force for Atlas, Arnold Cohen, electrical engineering class of 1935 as well as a physics Ph.D., and who would later become associate dean of the engineering school. By the time the U of M was looking to install its first digital computer, ERA had been bought up by Sperry Rand, which was unfortunate given the amount of brainpower the University had provided to their various endeavors. The University was considering acquiring an IBM 650, and upon hearing this Sperry Rand Univac made them a very generous offer of 400 hours of computer time on a Univac 1103. In exchange, the University was tasked with developing courses that "viewed [computers] as objects of intrinsic interest." Those 400 ours were quickly taken up by such projects as William N. Lipscomb's analysis of data on chemical bonding for which he won the 1976 Nobel Prize in chemistry, Neal Amundson and Rutherford Aris's reformulation of chemical engineering centering advanced mathematics and computing for which the University became first ranked nationally for decades, and Ernst Eckert's work in mechanical engineering using computers to profile heat transfers. 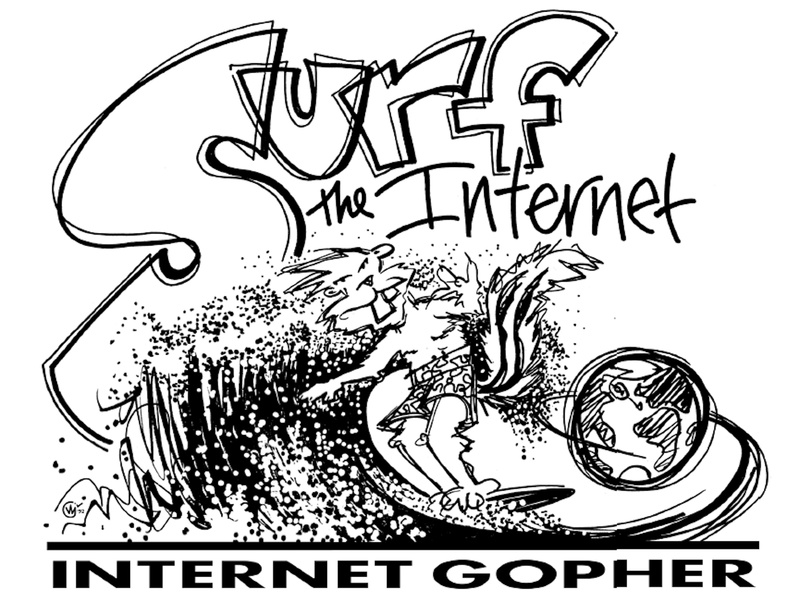 Figure 7.11. Mark McCahill at the University of Minnesota developed the Interenet Gopher, 1991-95: "the web before the World Wide Web." A multimedia Internet-based file sharing system, it had more than nine thousand servers around the world when the World Wide Web took off in the mid-1990s.

The demand for the year-long computing course was so popular that the requests to use the Univac 1103 surpassed its capability. In December 1957, the University purchased a Univac Scientific for the incredibly low price of just $250,000, but the fine print of the contract gave Sperry Rand engineers 80 hours per week of free computer use. In the 1960s, Marvin Stein, director of the university's computer center since 1955, expanded their abilities even more by acquiring three Control Data machines, and established a fully-fledged Computer Science Department in 1970. Keeping with the pattern of spin-offs that was present among the major computer companies in Minnesota, the University spun off Rosemount Engineering. In the early 1960s, a small group of educators connected to the University laboratory high school wanted to devise a way to bring educational computing to the state, and would go onto found the Minnesota Educational Computing Consortium, or MECC, in 1973. This group was responsible for one of the earliest computer-in-the-classroom experiments, building on the work of John Kemey at Dartmouth but with much more interactive content for the students, most notably the "Oregon Trail" computer game. MECC was tasked with approving or denying all educational computing budgets, even that of the University of Minnesota, and used their power and $3.6 million appropriation to create a unified statewide system of educational computing. There is also the University's early version of what was to become the World Wide Web, called the Internet Gopher. The inventor, Mark McCahill, also coined the phrase "surfing the internet." Throughout the mid-1990s, the Internet Gopher servers experienced significantly heavier traffic than World Wide Web ones.