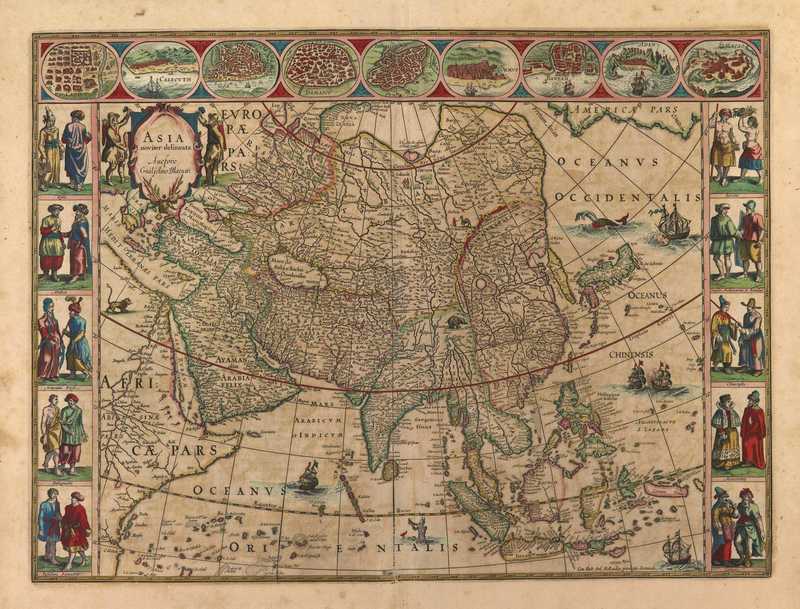 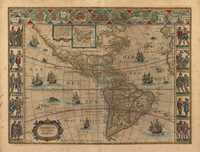 Joan Blaeu (1596-1673) represented the second generation of a mapmaking dynasty which was founded by his father Willem (1571-1638).   The golden age of Dutch cartography that was begun by Ortelius and Mercator found full expression in the 17th century with the production of monumental multi-volume world atlases such as this one.

This edition, in twelve volumes, is a French translation of Atlas Novus, which was conceived by Willem Blaeu but compiled by his son, and completed in 1665.  The original work consisted of eleven volumes, in Latin, containing superb typography and 594 hand-colored maps.  According to John Wolter, its mode of presentation and sheer volume made this “the greatest achievement of atlas cartography of all time.” (Images of the World: The Atlas Through History.  New York: McGraw-Hill, 1997.)