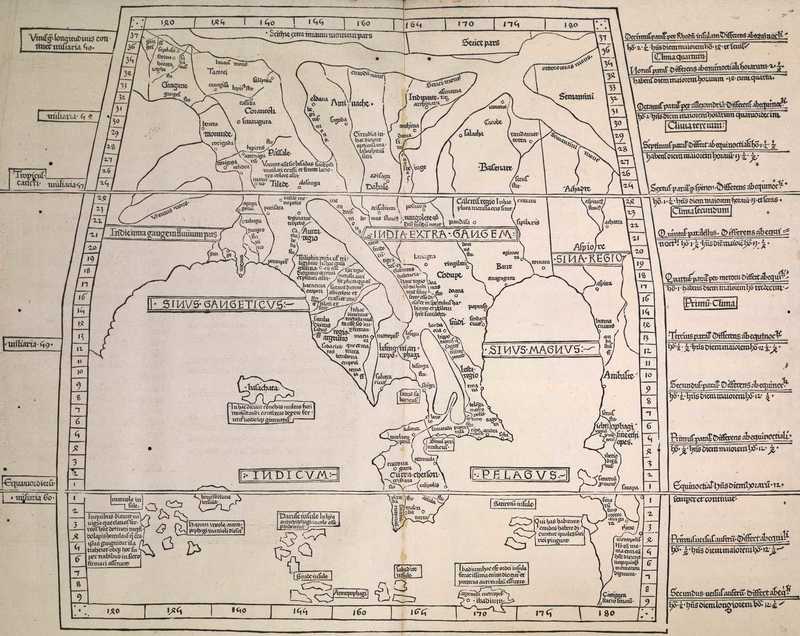 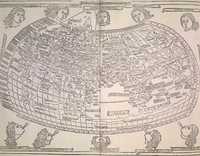 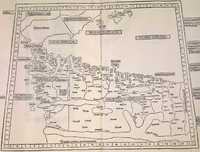 Claudius Ptolemy (90-168 C.E.) was a Greek astronomer and geographer who worked in Alexandria, Egypt, then part of the Roman Empire. His work had lasting influence in the Arab world but not in the West until centuries later when Greek manuscripts reached Italy from Constantinople. Coinciding with the age of the printing press and the great voyages of discovery, Ptolemy’s atlas had a profound impact on Renaissance man’s understanding of the world. The first edition (1475) was published without maps in Vicenza, and represented a critical step in the recovery of classical knowledge. The Ulm edition was the first one printed north of the Alps, seven years later. Most of the woodcut maps include Latin text and several include illustrations. The text is the Latin translation by Jacob Angelus, used in earlier editions and, in addition to the 27 Ptolemy mpas, includes the 5 "modern" maps originally drawn by Nicolo Todescho (also known as Donnus Nicolaus Germanus):  France, Italy, Scandinavia, Spain, and the Holy Land.

← About the Exhibit
Ortelius →
Ptolemy