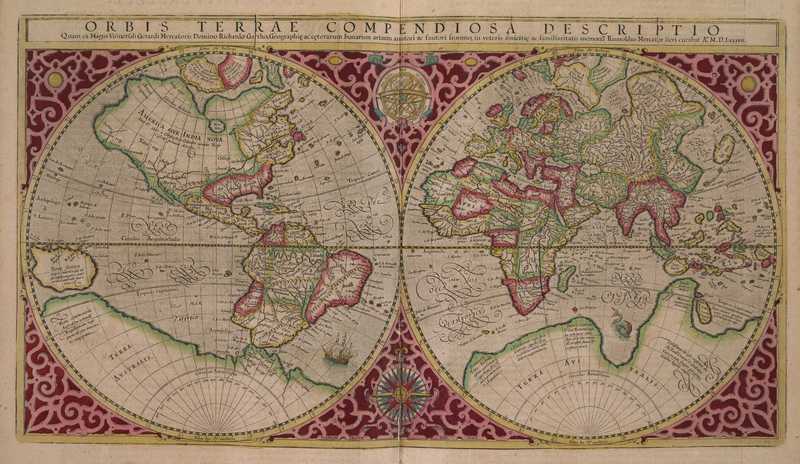 Gerhard Mercator (1512-1594) was a Flemish cartographer who is best known for the Mercator projection map, first used in 1569, which enabled navigators to plot a long course in straight lines.  In 1578 he published a landmark edition of Ptolemy’s Geographia, including a collection of modern maps constructed by Mercator.

Mercator’s crowning achievement, the Atlas sive cosmographicae, was published in some fifty editions in numerous languages by 1642.  Unlike the maps in Ortelius’ Theatrum, the maps in Mercator’s atlas were all originally designed by the author and drawn in a uniform style.  The two-volume Bell copy seen here is the fourth French edition, and includes 156 hand colored maps, seventeen of them relating to America. 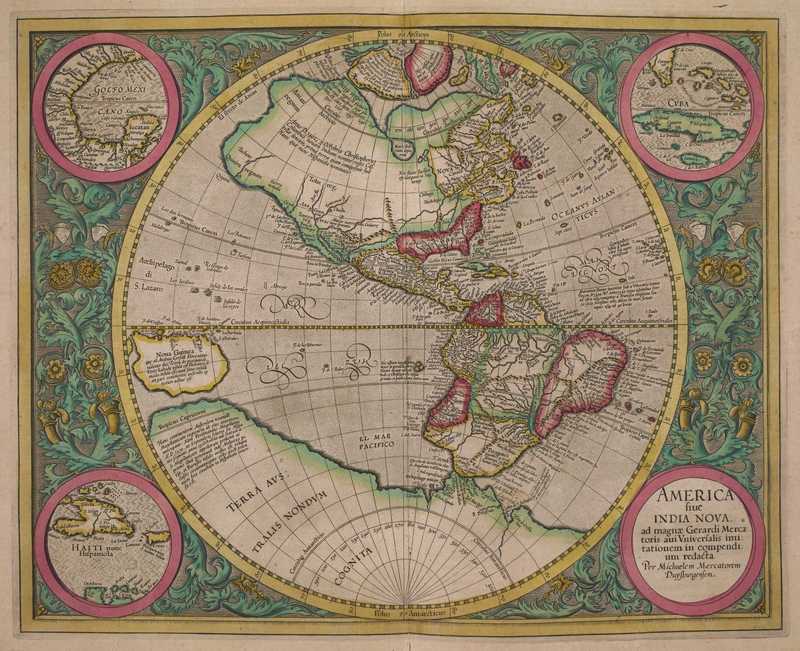 Making reference to Atlas, a legendary philosopher-king who was reputed to be the first man design a globe, Mercator chose the word to signify a collection of maps, and it was later adopted by all geographers.  The commercial success of Mercator’s atlas stirred the rapid development of atlas production in Amsterdam, which became the new center of cartographic publishing in the seventeenth century.