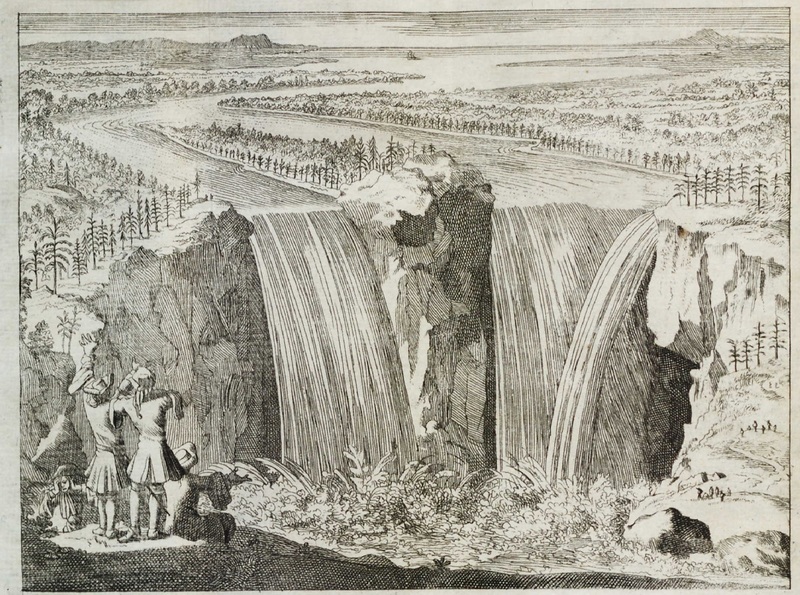 Sighting of St. Anthony Falls. In: Hennepin, A new discovery of a vast country in America, extending above four thousand miles ... (London, 1698). Bell 1698 He2

In 1673, the French became the first Europeans to reach the upper Mississippi River when fur trader Louis Joliet and his party, including Father James Marquette, made an epic journey from French Canada. Reaching the Mississippi River by way of the Wisconsin River, the expedition floated as far as the mouth of the Arkansas River, helping to establish France’s claim to the interior of the North American continent.

The French presence strengthened after 1682 when the La Salle expedition established a series of military forts along the Mississippi. La Salle was the first European to travel the Mississippi from the Illinois River to the Gulf of Mexico, and he claimed the Mississippi River drainage area for France, naming it "Louisiana" after King Louis XIV. La Salle sent a separate party, including Father Louis Hennepin, to the upper Mississippi. At the site of present-day Minneapolis, Hennepin viewed St. Anthony Falls, the only major waterfall on the entire River.

Over the next several decades, the French built a series of trading posts on the Mississippi. New Orleans, founded in 1718 near the River’s mouth, was named the capital of Louisiana, symbolizing French control of the entire River. But after defeat by the British in the French and Indian War (1754–1763), France ceded control of the Louisiana Territory west of the Mississippi River, including the city of New Orleans.

One example of the area’s French cultural legacy may be seen in the book by William Bartram, an American naturalist who explored the lower Mississippi River in 1777, when he visited a French planter who helped establish a settlement at the site of Natchez, Mississippi.1 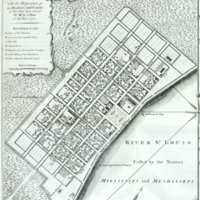 Plan of New Orleans. In: Jefferys, The natural and civil history of the French dominions in North and South America… (London, 1760) Bell 1760 fJe

← The Spanish
The British →
The French