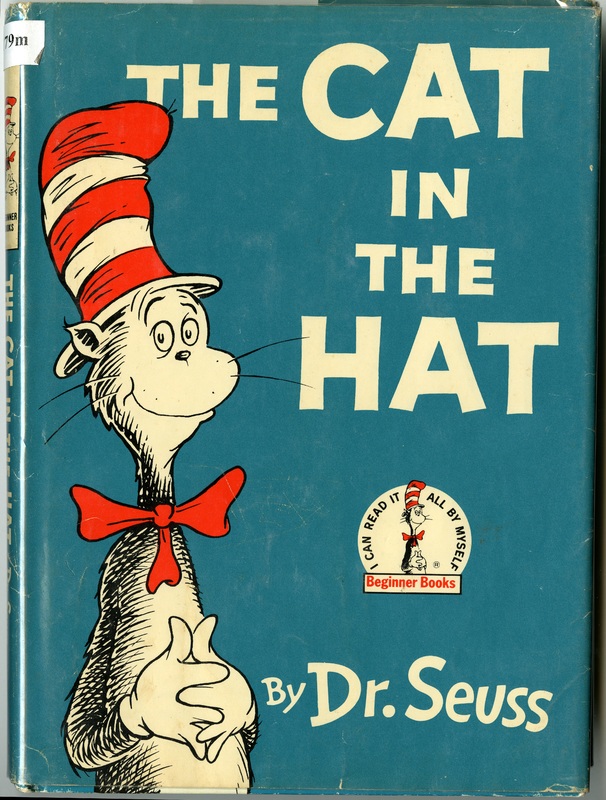 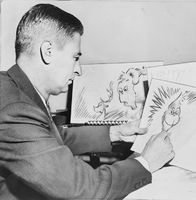 Theodor S. Geisel—known as Dr. Seuss to his legions of sticky-fingered young fans—was a favorite picture-book author when a former army buddy turned publishing executive approached him with a daunting challenge. Starting from a list of about 300 "sight words" that five- and six-year-olds could be counted on to recognize, Seuss was asked to conjure a text capable of transforming America's youngsters into readers for life.

The public enthusiastically embraced The Cat in the Hat as a winsome riposte to Dick-and-Jane-style monotony. The book's popularity spawned not only a sequel but also a new publishing company—Beginner Books—with Seuss at the helm, and with P. D. Eastman and the Berenstains soon lending their talents as key contributors. 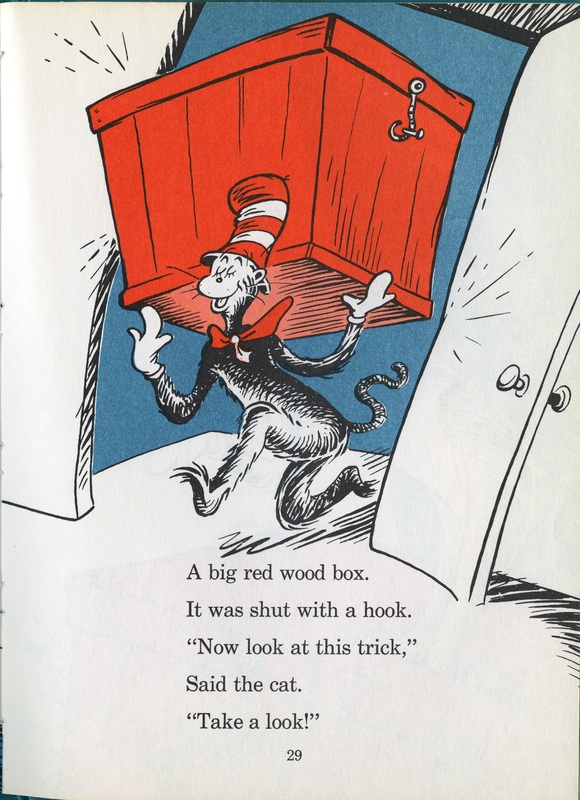 Interior page of The Cat in the Hat

Theodor Seuss Geisel, aka "Dr. Seuss," has sold over 600 million copies of his books and is a widely celebrated and beloved children's book author. Most people in America, and even globally--Dr. Seuss books are translated into 20 languages-- know of his classic titles. What is not well known, or acknowledged, however, is his work publishing racist and xenophobic political cartoons.

The Cat in the Hat, perhaps Seuss' most famous character, is based on minstrel stereotypes. The Cat's physical appearance, including the Cat's oversized top hat, floppy bow tie, white gloves, and frequently open mouth, mirrors actual blackface performers; as does the role he plays as 'entertainer' to the white family- in whose house he doesn't belong.

Ishizuka, Katie and Stephens, Ramon (2019) "The Cat is Out of the Bag: Orientalism, Anti-Blackness, and White Supremacy in Dr. Seuss' Children's Books," Research on Diversity in Youth Literature: Vol. 1: Iss. 2, Article 4.

← Fun with Dick and Jane
The Work of Play: The Progressive Child →
Visions of Childhood
From Rote to Rhyme: Readers
The Cat in the Hat