Sebeka schoolroom, 1909. Mamie Hyrkas seen in the right foreground of the photograph; the teacher was Elizabeth Rice. 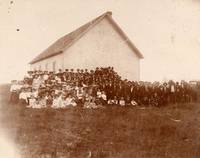 The note on the back of this photograph reads: "Last day of school at a school Lydia Leskella taught at. Or is it a township hall meeting? In Olden days families came to the 'last day picnic' at school." Likely Minnesota, undated.

Education was important to the Finnish people and the Finnish immigrants brought their dedication to education and high literacy levels with them to America. In the early 20th century, schools in Minnesota tried to assimilate Finnish immigrant children through reading, writing, and speaking English at school. Often written on the blackboards was the phrase, “Speak English.” This Americanization effort did not always sit well with adult Finnish immigrants, who strongly believed in the maintenance of their first language and cultural traditions; often children attend summer Finnish language schools and other camps offered by church and socialist organizations.

An example of a socialist organization was The Young Pioneer Schools. This was a national system of teaching socialism to children, and was especially strong in the Finnish communities in Minnesota. The schools taught children socialist ideology and the struggle of the working class while also teaching reading and writing in Finnish. 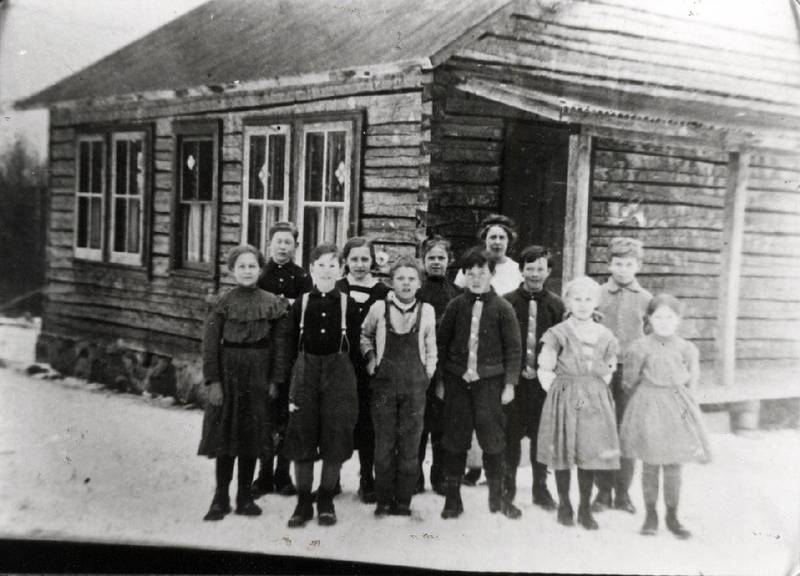 Adult Finnish immigrants had the opportunity to take English language classes at the Work People’s College in Duluth, Minnesota.  The adult Finnish immigrant often had difficulty learning English because it was so different from Finnish, but the strong value of education prevailed.  As noted by Sirkka Tuomi Lee in a 1975 oral history conducted by Matti Manu Paavola, “[an]d this all went to the theory that the worker must become educated and must be knowledgeable because that’s what he has to offer this world.  Not just his labor but he’s a person with something special.”