2. Stormy Skies in the Bay of Portugal 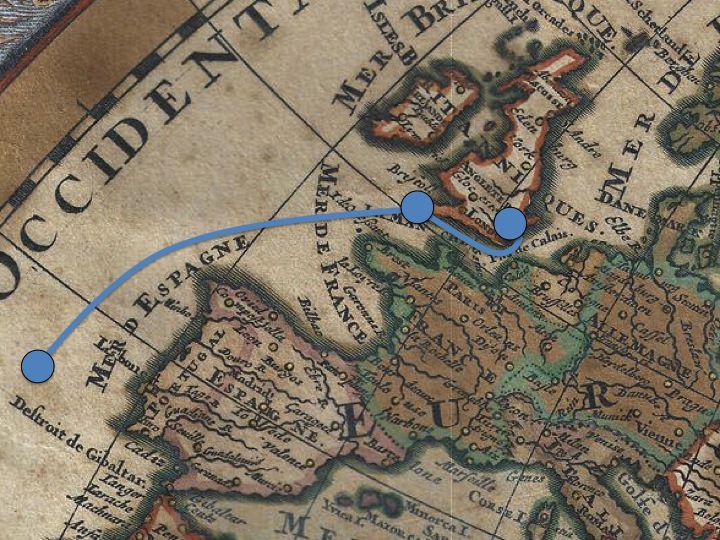 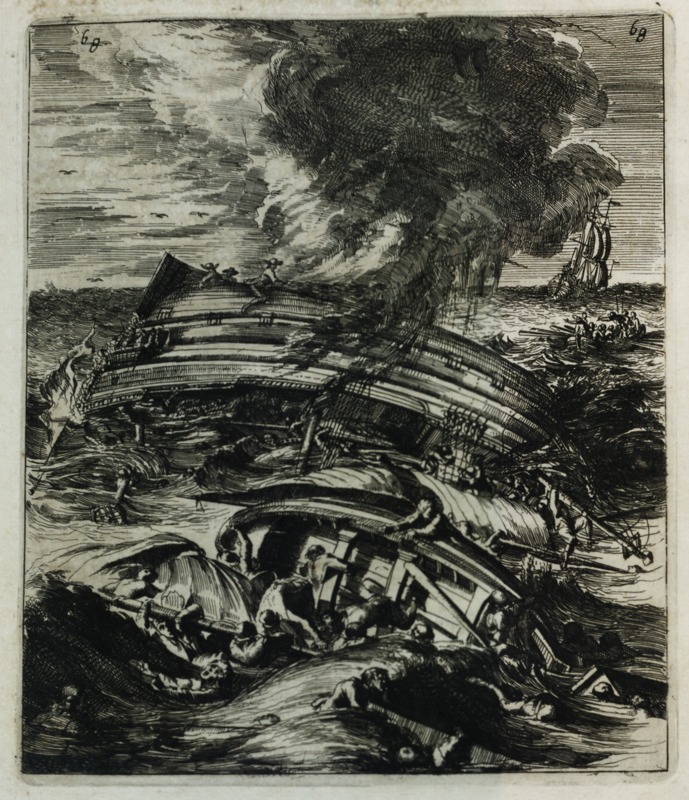 A dramatic depiction of a ship's crew scrambling to find a suitable life preserver after their ship capsized. From Wouter Schouten's 1676 book Ost-Indische Reyse.

After six days of smooth sailing, on March 16th, the Charles encountered a fearsome storm in the Atlantic Ocean. In his fear, Terry related the storm back to the Psalm 107, verse 23:

The wind was favourable to us, 'till the 16th day, at night; at which time a most fearful storm met us, we being then in the bay of Portugal, whose violence continued five whole days and nights; and that tempest was the most lively and real comment that ever I observed, on that place recorded in Psal. 107, v. 23, etc. thus rendered:

"In winged ships, whose passage make
And through vast seas their journies take;
See, while their ships in billows keep,
God's works, and wonders in the deep;
Who there commands the winds to storm;
These mount the waves, on which are borne
The tottering ships, on wat'ry heaps,
Now high to th' Heav'ns, then low to th' deeps;
The seamen's hearts they melt for woe,
Nor head, nor foot, their office know;
They reel like to a drunken one,
And stagger, for their wisdom's gone.
Then cry they to the Lord, in these
Great streights, and he them hears, them frees;
The winds and waves obey God's will,
The storm's a calm, the waves lie still;
Then are they glad------------etc."

← 1. Departing England
3. The Island of Teneriffe →
2. Stormy Skies in the Bay of Portugal