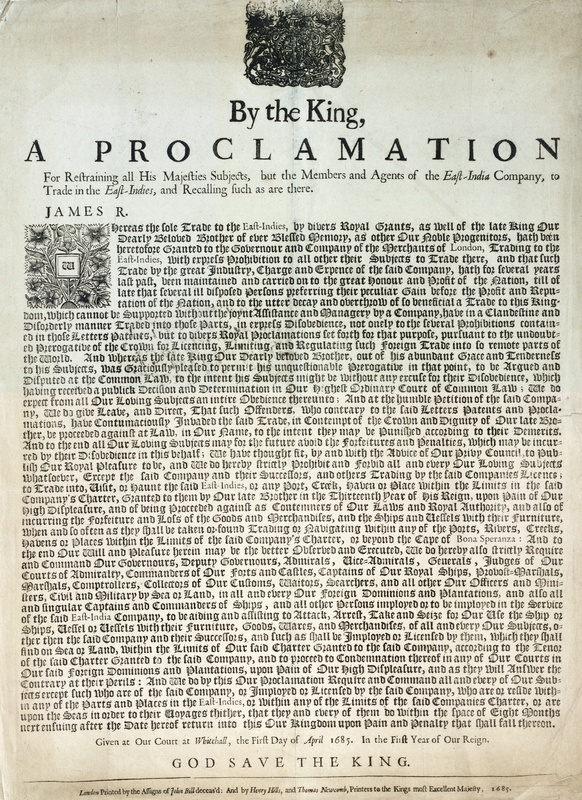 The East India Company held not only notable economic power, but in 1683 the Crown gave the company full power to declare war, or make peace, with any state in Asia, Africa or America; The Company then held the power declare martial law, raise military forces, and defend forts and other instillations against invasion or rebellion, making it a powerful political ad social force as well.

A Proclamation to Enforce the Monopoly of the East-India Company

Passed in 1685, under James II, this proclamation outlines the monopoly explicitly and exclusively granted to the East India Company, in response to reports of English merchants in the East Indies overstepping their legal jurisdictions.