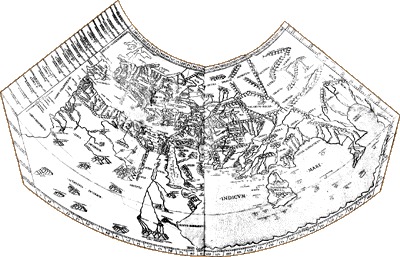 The copperplate engravings used in the Bologna edition in 1477 and a Rome edition of 1478 were used again in the Rome edition in 1490. Many consider them to be the finest Ptolemaic copperplates produced until Gerard Mercator engraved his classical world atlas of 1578 (Shirley 1983, 3).

The printers were Conrad Sweynheym and Arnold Buckinck, both of German origin, which may account for the fact that the 1490 Rome edition added material from the Ulm edition of 1482.

The tangled origins of the maps in these very first editions of "Ptolemy" show that something is going on in European knowledge of the earth’s geography. New information, from different sources, is being added to the "Ptolemaic" maps. 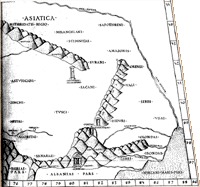