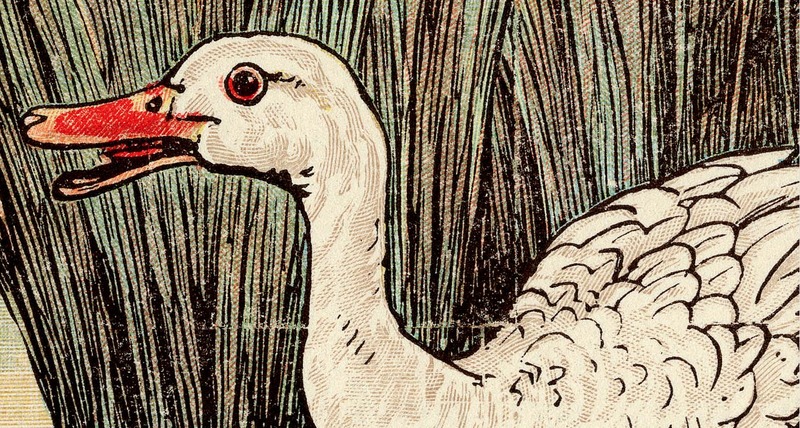 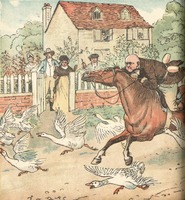 The artist who invented the modern picture book grew up in the English Midlands, where at 15 he went to work as a "quill-driv[ing]" bank clerk. Caldecott preferred to draw, however, and from doodling on deposit slips, he leapfrogged to London and a flourishing career as a caricaturist for The Graphic and Punch.

Caldecott shared an obsession with motion and speed with his contemporary Eadweard Muybridge and the inventors of early animation devices like the praxinoscope. A master at depicting action in a few pen strokes, he enjoyed drawing while riding onboard fast-moving trains.

Hired in 1878 to create a series of aesthetically ambitious children's picture books, Caldecott reimagined the long-static genre as a kinetic new art form whose graphics and page designs pulse with the boundless energy of children at play, and anticipated the coming of that most modern of Industrial Age cultural innovations—the motion picture. 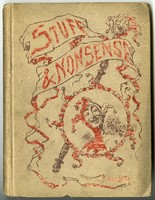 Written by A. B. Frost 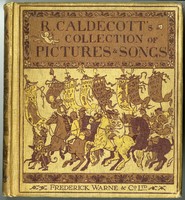 Sing A Song for Sixpence 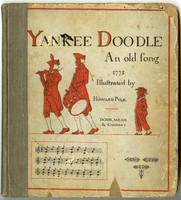 Yankee Doodle: An Old Friend in a New Dress 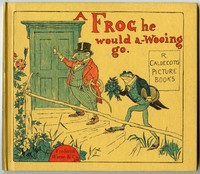 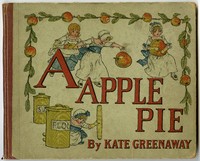 Written and Illustrated by Kate Greenaway

The Diverting History of John Gilpin 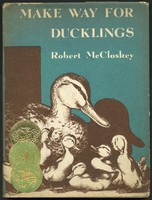 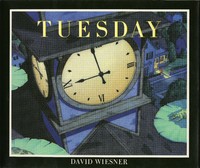