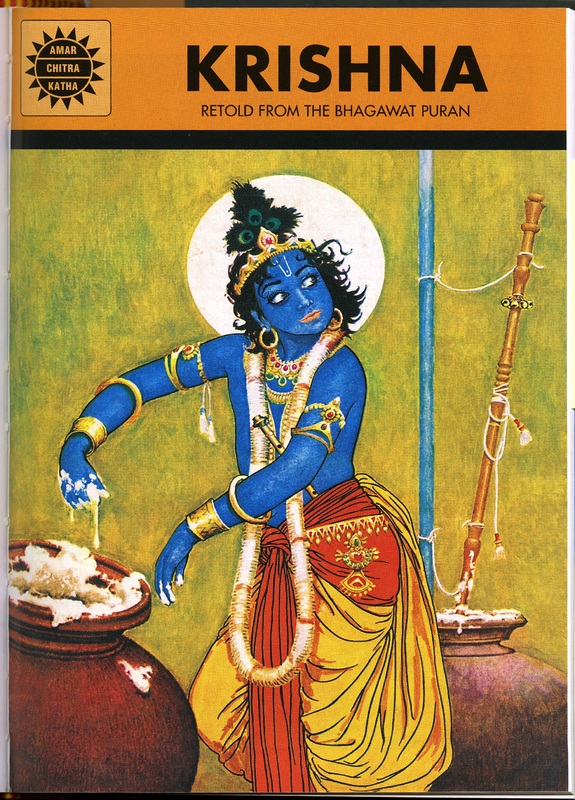 Cover of Krishna Retold from the Bhagawat Puran

On loan from the collection of Joann Jonas

Since the late 1960s, comic books in the hugely popular Amar chitra katha (Immortal Picture Stories) series have introduced tens of millions of English-speaking, predominantly middle-class Indian youngsters to their religious and cultural roots. Anant Pai (known as "Uncle Pai" to generations of adoring fans) launched the venture after observing a boy on a television quiz show who could answer every question about Greek mythology but was unable to name the mother of Rama, the 7th avatar of Vishnu. 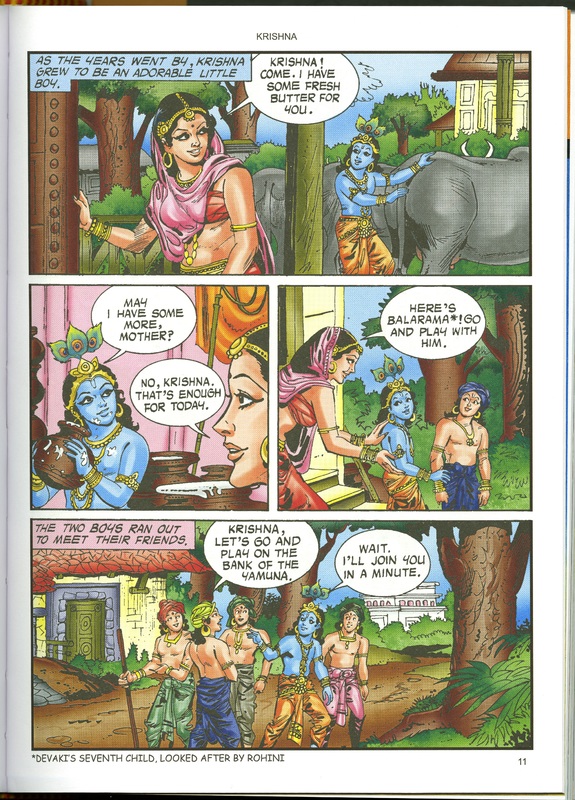 Interior page of Krishna Retold from the Bhagawat Puran