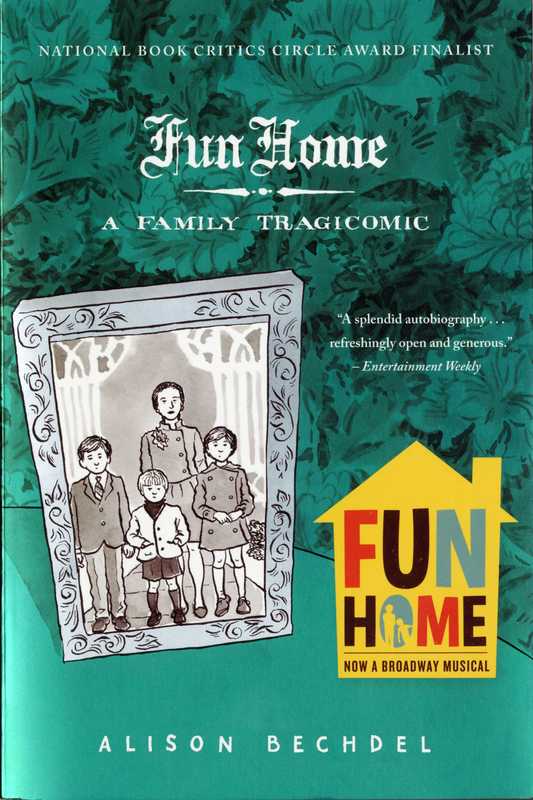 Written and illustrated by Alison Bechdel

Alison Bechdel recounts the events of her childhood in an introspective and tragic autobiography, detailing how her father's life and identity influenced her own. The story is told in a non-linear format, revisiting events and revealing more details as it progresses. Fun Home received popular and critical acclaim for pushing the boundaries of comics and autobiographies, as well as for its exploration of themes like personal and sexual identity, family relationships, gender roles, and abuse. Creating and finishing the novel took seven years due to Bechdel's meticulous artistic process. Fun Home was honored with an Eisner Award in 2007.

Bechdel is best known for her newspaper strip comic "Dykes to Watch Out For," which was one of the earliest ongoing representations of lesbians in popular culture. She is also the originator of the "Bechdel Test," which is used to analyze media's representation of women and ask if it shows at least two women speaking to each other about something other than a man. 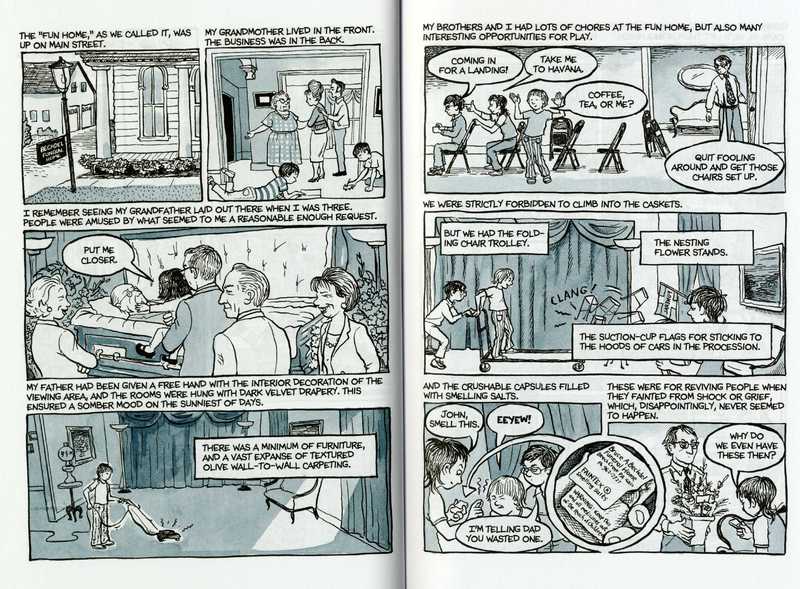 ← Reproduction of: A Contract with God and Other Tenement Stories
Smile →
Art of the Picture Book
Graphic Novels
Fun Home: A Family Tragicomic