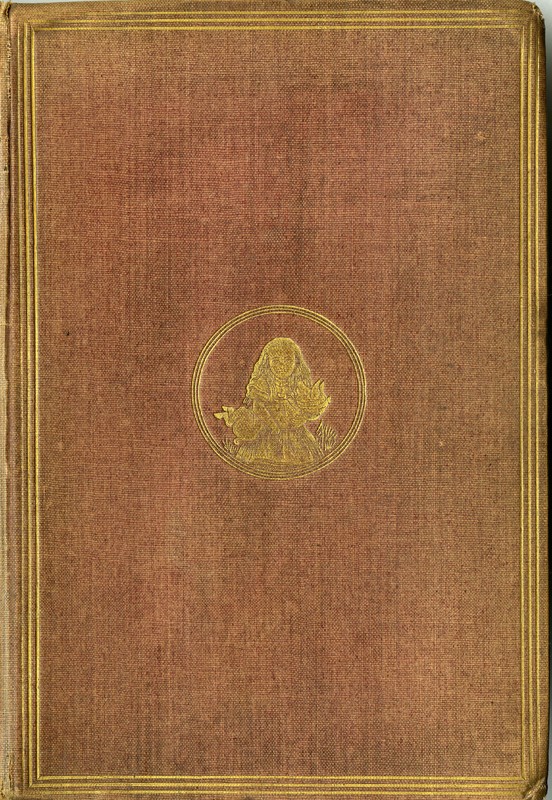 Cover of Alice's Adventures in Wonderland

Lewis Carroll presented a special copy of Alice's Adventures in Wonderland to the child-friend for whom he wrote the book. Carroll had sent Alice Liddell an earlier, vellum-bound copy—the very first off the press—directly from the binder in early July 1865. But he soon recalled that copy, along with several more sent to other friends, when illustrator John Tenniel expressed alarm over major flaws in the printing. Bowing to Tenniel's criticisms, Macmillan ordered a "second" edition, which became the first to be offered for sale in England. Rather than destroy the botched initial press run, however, the publisher sold it off to the New York firm of Appleton on the theory that American readers were too coarse to know the difference between good printing and bad. 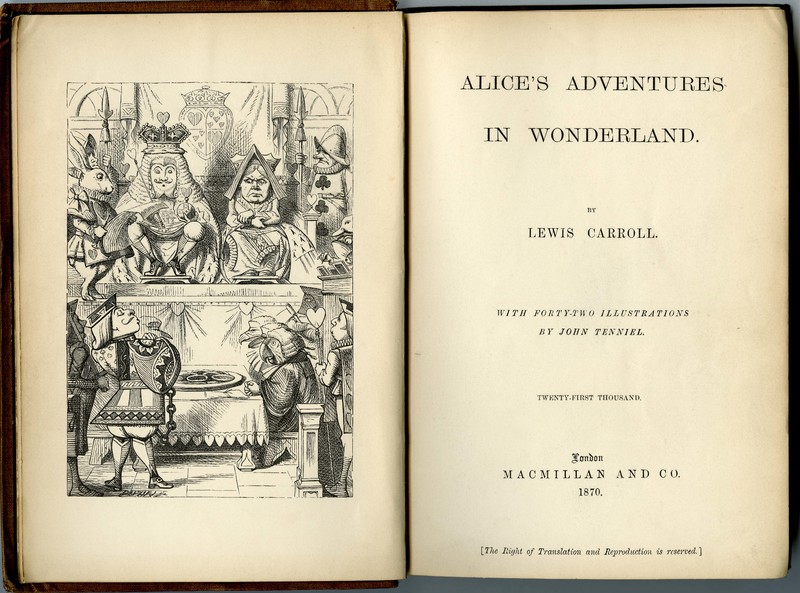