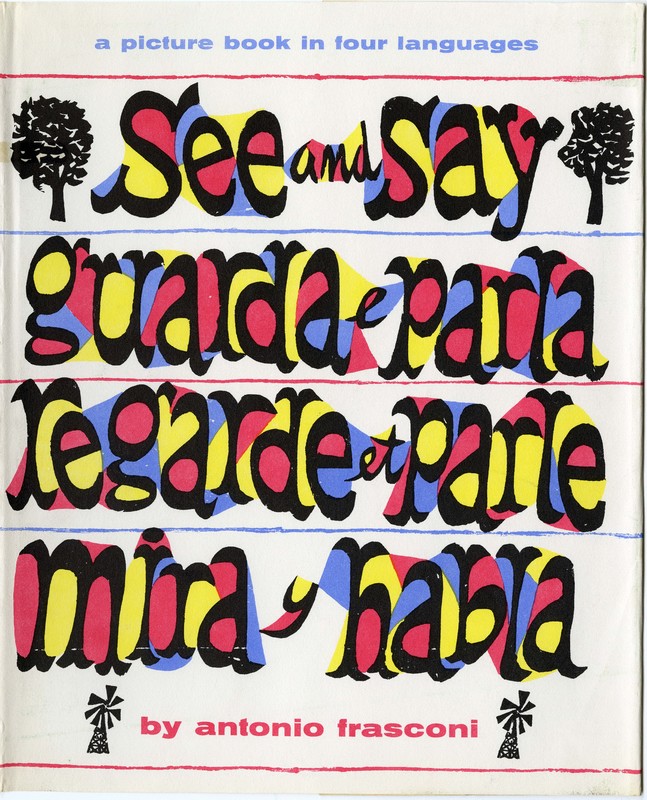 Cover of See and Say

Written and Illustrated by Antonio Frasconi

Growing up in Uruguay as the son of Italian immigrant parents, Antonio Frasconi learned early to appreciate the value of a multilingual and cultural perspective. In 1945, he moved to New York to pursue an art career and over the next decade emerged as a master printmaker and book illustrator.

Eager to instill in his son Pablo "respect for other nationalities and the understanding of their cultures," Frasconi created this, his first children's book. Differences in format and age level notwithstanding, See and Say's text in English, Italian, French, and Spanish—and its wide-ranging concern for real-world phenomena—clearly mark its descent from the Orbis Sensualium Pictus. 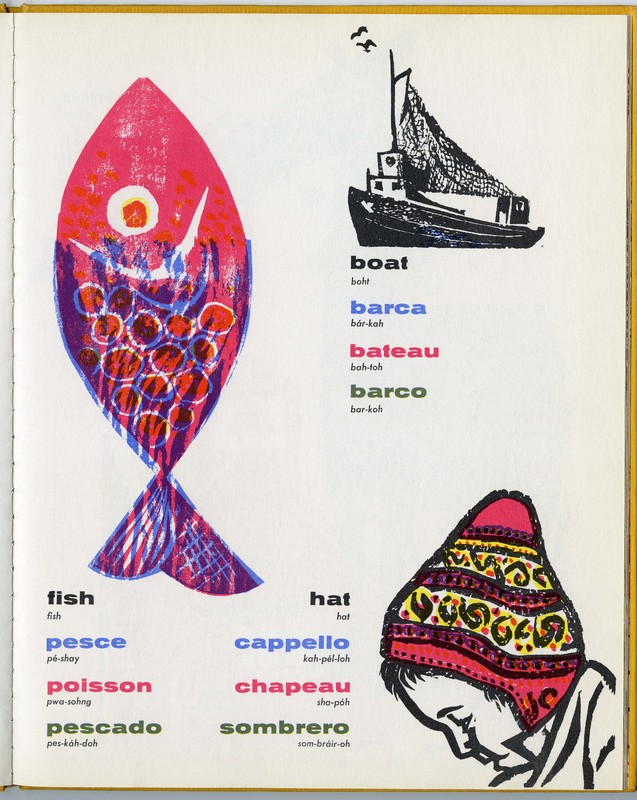 Interior page of See and Say

← Songs of Innocence
A Question of Class →
Visions of Childhood
A Blank Slate: The Rational Child
See and Say