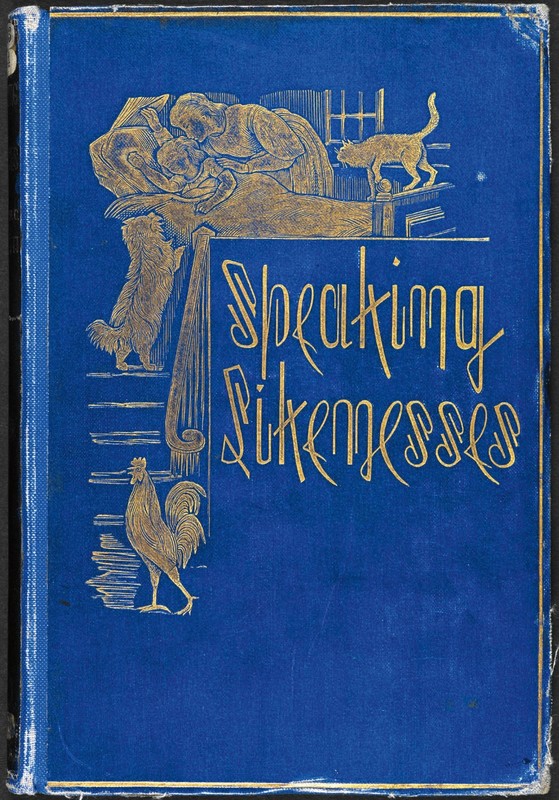 The Pre-Raphaelites, a circle of English poets, writers, artists, and critics to which both Christina Rossetti and Arthur Hughes belonged, carried into the latter half of the 19th century some of English Romanticism’s central concerns. Among these was a fascination with childhood as a time of innocence and unfettered spiritual clarity. Hughes’s gold-stamped cover decoration for Rossetti’s juvenile storybook is at once an intimate domestic vignette and an image shot through with a sense of spiritual radiance. 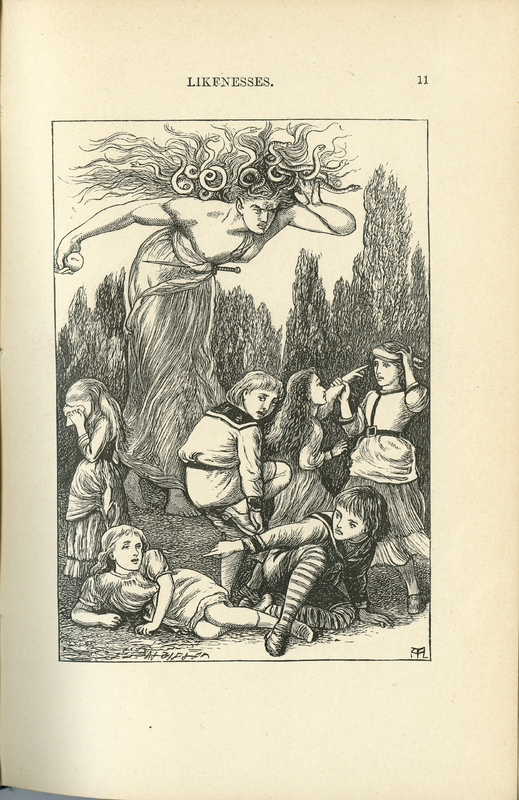